Tinder users looking for a hook-up might be surprised to come across a number of profiles featuring women with cuts and bruises on their faces and bodies. And that newfound awareness is exactly the mission of Irish advertising agency EightyTwenty, which has partnered with the Immigrant Council of Ireland to launch a campaign against sex trafficking that leverages the no-cost distribution channel of the dating app.

The fake profiles, which use models so as not to exploit actual victims, begin with conventionally alluring photographs of the women. But as users swipe to see more, they see images of the abuse that victims of sex trafficking often endure. The series ends with a PSA that juxtaposes Tinder users’ options with the entrapment victims face: “Your options are left or right,” one version reads. “Sex trafficking victims have no options. You have the option to help end it now.”

The campaign’s website says the agency has received “a large number of comments from users who are shocked upon hearing about the realities of sex trafficking in a modern society.” They estimate that the illicit industry yields €200 million ($248 million) annually for foreign and domestic criminal gangs.

The campaign stands to receive criticism from activists who oppose sex trafficking but don’t support a wholesale ban on prostitution. Immediately after prompting the user to “help end it now,” the PSA links to the website for Turn Off the Red Light, a coalition that aims to end both sex trafficking and prostitution. It’s a conflation of one issue that people agree, more or less universally, is harmful, and another which is much more complicated. Melissa Gira Grant, a journalist and author of Playing the Whore, has spoken out about the way in which anti-prostitution groups oversimplify the problems sex workers face. As she wrote in the Guardian in 2011, “When politicians, social service providers and celebrity philanthropists insist that sex workers are selling ourselves, they engage in the same kind of dehumanisation that they claim johns do to us.”

There’s also the question as to whether Tinder is the right place for such a PSA. The men who most need to hear this message, some would argue, are men who pay for sex, not men who use Tinder to find sexual (and romantic) partners whose interactions involve no exchange of funds (although this argument assumes the two groups are mutually exclusive and ignores reports of escorts advertising their services on Tinder). Still, despite these critiques, the campaign stands to raise awareness about a major problem among a group of people who had previously been unaware, or at least unmotivated to act. And that, say advocates, is better than nothing.

Correction: The original version of this story incorrectly named Melissa Gira Grant as a sex worker activist and author. She is a journalist and author. 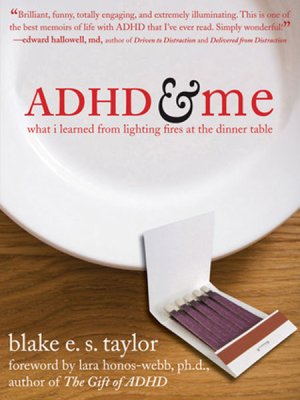 A Guide to ADHD Books for the Distracted Parent
Next Up: Editor's Pick