An attendee wears a 2nd amendment shirt while inspecting an assault rifle during the 2013 NRA Annual Meeting and Exhibits at the George R. Brown Convention Center on May 5, 2013 in Houston, Texas.
Justin Sullivan—Getty Images
By Justin Worland

More than 60% of Americans say having a gun in the home makes them safer, according to a new Gallup report. That number represents a two-fold increase from 2000, when only 30% of Americans said they felt a gun improved safety.

The responses to the poll diverged greatly along political and geographical lines. Republicans were twice as likely as Democrats to say guns made them safer. Nearly 70% of people in the South say that guns make their homes safer, compared with just under 60% in the West and East.

While a majority of people may believe in keeping a gun for safety reasons, only 42% actually do. That figure has been fairly consistent over the last decade. 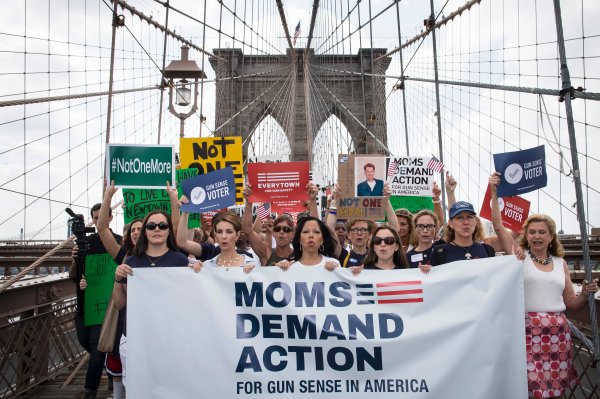