Seventeen years ago, in the dark ages of the gay-rights movement, I was a member of the board of the National Lesbian & Gay Journalists Association when we voted to move our 1998 national convention from San Diego to Las Vegas in protest of California’s passage and subsequent legal defense of Proposition 187. Prop 187 had nothing to do with gay rights; it was a measure, later thrown out by the federal courts, that stopped undocumented immigrants from using health care, public education and other social services in the state.

I was new then to identity politics, so I naively wondered what this issue had to do with ours. It was explained to me that we “owed” our friends in the National Association of Hispanic Journalists because they moved their convention some years earlier from Colorado after that state passed a measure, also later invalidated in court, that barred cities or the state from enacting gay-rights measures.

The episode springs to mind this week because actress Rose McGowan endured a crushing backlash for her declaration that gay men owe it to women to support her definition of feminism. “Gay men are as misogynistic as straight men, if not more so,” she told the American Psycho author Bret Easton Ellis on his podcast. “I have an indictment of the gay community right now. I’m actually really upset with them.” After she was attacked for these statements, she backpedaled modestly and apologized for glibly suggesting the gay-rights movement was all about earning the ability to appear in Speedos in pride parades and take drugs. On Twitter, though, she suggested gay men owe women like her because, “I fought for your right to do that as well.”

To those who were offended and appalled by these remarks, I say, get used to it. But the Rose McGowans of the world also better get used to not being able to count on “gay people” as automatic supporters of every liberal or progressive cause. LGBTers were once so desperate for political allies that they had little choice but to show support for any and every other group that might return the favor, from racial minorities to women to the poor.

Now that gays have become stunningly successful at winning their key battles at a speed that is the envy of other minority movements, their political priorities are changing and their monolith is crumbling. There will always be a hearty component of the LGBT population who agree on principle with the goals of progressive groups, but going forward neither other oppressed groups nor the Democratic Party should assume gay support without earning it. We are morphing from an interest group to a constituency.

The fact is, the objectives of gay activists are decidedly different from that of advocates for abortion rights, amnesty for undocumented immigrants, universal health care, gun control, government assistance for the poor or legal protections for racial minorities. What these contingents and gays chiefly had in common – and still do, though perhaps not for long – were common enemies. It was the same gang — the religious right, straight white men and Republicans in general – who opposed all of us.

Yet as civil rights movements go, the gays have had a staunchly conservative and traditional agenda. Our chief aims over the past two decades were legal recognition of same-sex marriage, permission to serve openly in the armed services and freedom from legal interferences in private, consensual, adult sexual relationships or discrimination because of it. Translation: we’re pro-family, pro-military and anti-Big Government. Given that, is it really an obvious contradiction or hypocrisy to be both gay and a member of the National Rifle Association? Or to be gay and believe in lower taxes and less regulation? Or, heck, even to be gay and believe that abortion is murder – especially when science could very soon help parents screen for and then dispose of their gay fetuses?

For a long time – and still in certain quarters today – African-American and feminist leaders took great offense to the LGBT community’s insistence on equating the gay struggle with theirs. It has certainly been rhetorically useful for gays to do this, especially when we fought for an integrated military and marriage equality. But perhaps, after all, they were right. But now they resent not having knee-jerk support from gays and they wonder why that is.

Please note: I am not stating my own political beliefs here. I absolutely believe that gay people, having been oppressed and subject to vicious discrimination, would do well to hold on to their sense of social justice and have that empathy influence their views on many other matters.

But the cold reality is that progressive groups will someday soon be unable to presume the overwhelming support of gay people. The nation is rapidly approaching a point at which sexual orientation is seen as a distinction as insignificant and immutable as eye color. Once gays are comfortably mainstreamed, Republican presidential candidates will garner ever-larger chunks of votes from fiscally conservative and religious gays.

McGowan may not realize it, but this is what is bothering her. Gay men are, in fact, men first. We probably aren’t actually more misogynistic, as she contends, but there’s no obvious reason why we would necessarily be any less misogynistic than any other men.

There will be times in this gay new world when the interests of LGBTers will align in direct, obvious ways with that of other minorities, or in which alliances will be mutually beneficial to similar aims of both sides. And there will be times when they won’t. That’s going to be quite a shock to everyone who took us for granted for so long. 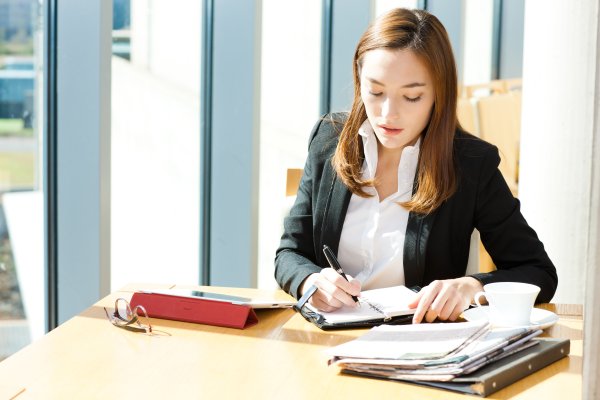 Enough With the Stats About Women and Work
Next Up: Editor's Pick