French President François Hollande May Not Stand for Re-Election

French President François Hollande poses on a TV set prior to the start of a French channel TF1 broadcast show, in Aubervilliers, outside Paris, on Nov. 6, 2014
Martin Bureau—AP
By Helen Regan

France’s President François Hollande said Thursday that he may not stand for re-election in 2017 if he fails to cut unemployment by the end of his term.

“If I cannot manage it by the end of my term in office, do you really think I would go before the French in 2017?” he said in a televised interview with French TV channel TF1.

Hollande admitted that it was a mistake to promise that he could bring down the rise in joblessness, which currently stands at 11%.

But the 60-year-old vowed to “go to the end” to reform France’s weak economy.

A poll released Thursday shows the Socialist Party leader has an approval rating of just 12%. 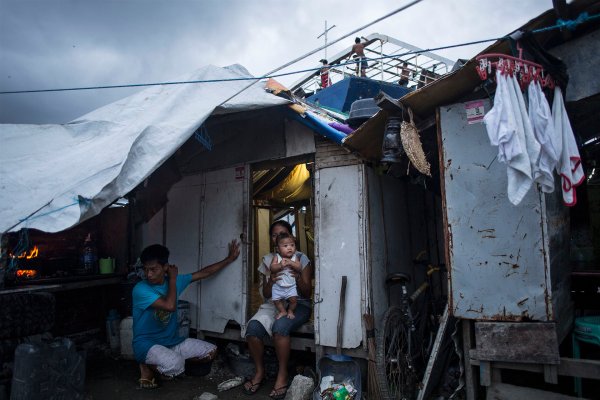 Haiyan Survivors Still Struggle One Year After Supertyphoon
Next Up: Editor's Pick