The statistics tell their own story. Out of a population of 22 million, 9 million Syrians have been displaced from their homes. 130,000 are dead; 180,000 have been carted off to government prisons; 2.2 million children inside the country, according to the UN, are not in school; over 4 million people have been designated by the UN as “hard to reach,” which means that they are making do with barely any help beyond what they can do for each other.

UN Resolution 2139 demanded access to besieged areas; respect of humanitarian law in the conduct of war; safe passage for civilians from conflict zones; and unimpeded passage for aid workers into those zones. The Security Council offered clear requirements and expectations which are now being flagrantly ignored. Laws of war that represent hard-headed, high-priced lessons from brutal conflicts of the past two centuries have been cast aside.

Civilians are not just caught in the crossfire — they are targeted by barrel bombs, artillery bombardments, snipers, massacres, chemical weapons attacks. All except chemical weapon attacks continue. There are six priorities if those inside Syria are to get some protection.

First, each permanent member of the Security Council, and others concerned with the crisis, should appoint a full-time Humanitarian Envoy. They would need to be people of genuine stature with seasoned global diplomatic credibility — former Ministers and UN or other Ambassadors with the personal mandate of their head of government.

They would work through the detail of the implementation of the resolution; support the UN Humanitarian Coordinator Valerie Amos; engage third parties, notably supporters of the belligerents; pool information about transgressions of the UN resolution; and reach out to NGOs. This proposal is not for a further UN Envoy: Lakhdar Brahimi is understandably focused on the political track. Nor a replacement for the diplomatic Special Envoy for Syria, recently taken up by Daniel Rubinstein. This would be a full-time humanitarian role.

Second, legitimize, enhance and support cross-border activity to provide relief supplies to civilians in rebel-held areas as demanded in the UN resolution. To meet the needs of victims is a right not a privilege under the Fourth Geneva Convention and related protocols. The duties of the Government of Syria and other parties to the conflict are clear — including to authorize entry and passage of humanitarian aid. In certain hard to reach areas, cross-border work is the fastest, most effective route to alleviate suffering. It needs to be resourced and delivered quickly and safely.

Third, make real the goal of access to besieged areas. There is experience from Sudan (Operation Lifeline Sudan) and Afghanistan (Operation Salaam) for how to negotiate access across conflict lines during a civil war. It requires political leadership, credible interlocutors, willingness to work with all sides, and clear pressure on all sides.

Fifth, the UN and its agencies must maximize the potential of humanitarian organizations to fulfill the mandate of the resolution. This will only done if funding guidelines are flexible enough to include sub grants to NGOs working inside opposition-held areas of Syria; if the cost of NGO work from neighboring countries is included in the UN appeals; if there is logistical and supply chain support, including capacity mapping of transport providers and vetted partners.

And sixth, we need an effective system of resettlement in third countries. The UNHCR has now called for 100,000 refugees to be resettled in 2015 and 2016, calling the 30,000 it called for in 2014 a “first benchmark” — these are resettlements for those with the greatest needs including orphans, victims of torture, and the disabled. This is both a symbolic show of solidarity with the neighboring countries, as well as a substantive contribution to the individuals concerned. Only 18,000 places have so far been offered this year, and the IRC is calling on the US to fill the gap by creating at least 12,000 emergency places in the US in 2014.

On Monday, the Secretary General released his report to the Security Council on the first month of “progress” since the passage of the resolution. In fact, the barriers to humanitarian access are still in place. We have seen continuity, not change. On Friday, the Security Council is set to discuss the resolution — it is time for those responsible to be held accountable.

David Miliband is the president & CEO of the International Rescue Committee and the former UK foreign secretary. 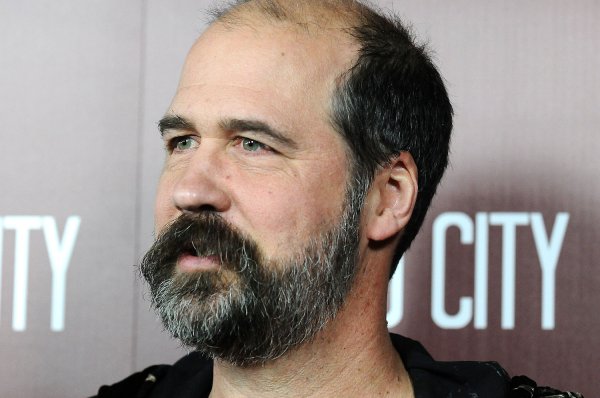 Ex-Nirvana Bassist: Céline Dion Fans Can Change the World
Next Up: Editor's Pick