A police officer and a teacher are dead after a shooter stormed into a high school on the northern fringes of Moscow and took students hostage, according to the Associated Press and Reuters. The shooter, a 10th-grade student at the school, gunned down his 76-year-old geography teacher and later fired upon police officers who responded to the incident, killing one and wounding another.

No students in School No. 263, which educates children from first through eleventh grades, were injured. But local news outlets said that more than 15 students were held at gunpoint in a biology classroom before being released. The remainder of students in the school were evacuated.

According to Russia Today, the gunman is now in custody.

This post has been updated to reflect new details revealed by police. 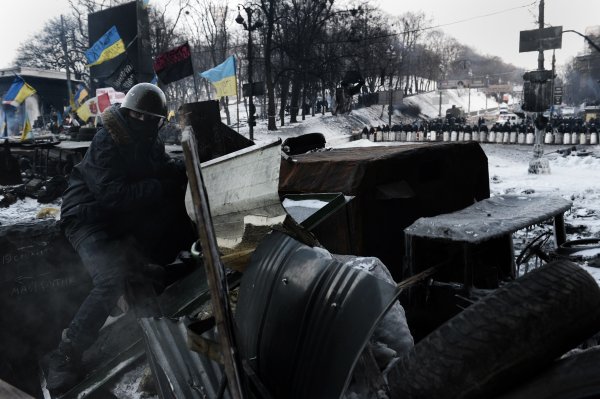 How Russia Is Fighting to Regain Control of Ukraine
Next Up: Editor's Pick