“They sidelined the president,” Rob Collins, the Executive Director of the National Republican Senatorial Committee (NRSC) told reporters at a backslapping post-election briefing. Instead, Collins argued, Democrats shouldn’t have been scared off by Republican attempts to tie Obama to their candidates.

Collins said NRSC polling had long identified the economy as the issues voters cared about most, and one where Democrats stood to gain. “We felt that that was their best message and they sidelined their best messenger,” he said. Collins added that in many states, Democratic candidates had positive stories to tell. “In Colorado, unemployment is 5.1 percent and they never talked about it,” he added.

“They were so focused on independents that they forgot they had a base,” Collins said of Democratic Senate candidates. “They left their base behind. They became Republican-lite.”

Collins also attacked the Democratic “war on women” message, particularly in Colorado, saying Democrats used “a tactic as a strategy.” He was equally critical of the Harry Reid-pushed Koch Brothers narrative. “It was a dumb debate. It didn’t move a voter,” he said.

But Collins’ advice may well be a form of psychological warfare against Republicans. Earlier Thursday, he labeled Obama as Republicans’ best surrogate.

Obama only appeared publicly with one Democratic Senate candidate, Senator-elect Gary Peters of Michigan, who was already well ahead in the polls. The White House said Obama was taking his cues from the individual campaigns. In the closing stretch of the campaign, Obama was engaged in radio and robo-calling efforts on behalf of some Senate Democrats to drive base turnout, but the Republicans argued it was too little, too late.

NRSC communications director Brad Dayspring argued that Democrats should at least tried to see benefit from Obama. “We were going to use Obama against them no matter what,” he said.

Dayspring highlighted the success of the party’s much-mocked candidate schools: “We didn’t have a single candidate create a national issue for other candidates,” he said. 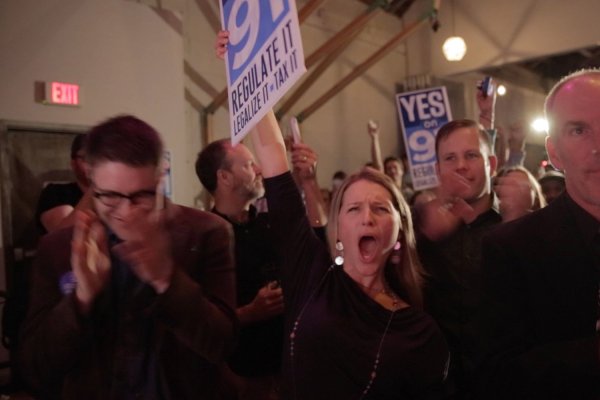