President Barack Obama wrote a secret letter to Iran’s Ayatullah Ali Khamenei last month, laying out a shared interest in fighting the Islamic State of Iraq and Greater Syria (ISIS), according to a media report based on anonymous sources.

Obama used the letter to try to win support for the U.S.-led strikes against the Sunni Islamist group and to push for a deal over Iran’s nuclear program ahead of a Nov. 24 deadline, the Wall Street Journal reports.

Khamenei, Iran’s Supreme Leader, has been critical of U.S.-led strikes, claiming the West is using ISIS as an excuse to intervene in the Middle East, and has been highly skeptical of the nuclear talks being conducted under the purview of Iranian President Hassan Rouhani.

At a White House news conference on Thursday, spokesperson Josh Earnest said he could not confirm the letter. 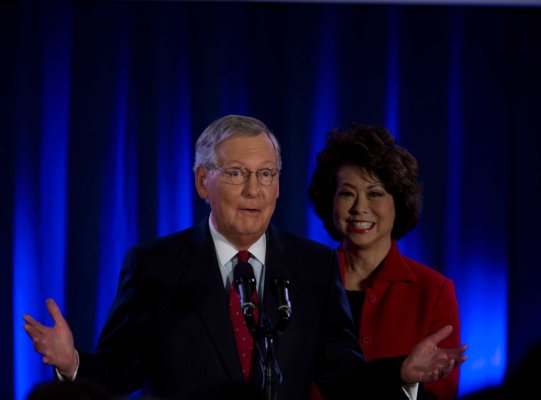 Why Barack Obama Never Talked To Mitch McConnell on Election Night
Next Up: Editor's Pick