Over the weekend, when ABC Family announced they would not move forward with the pilot for Alice in Arabia, many of those watching the show’s development breathed a sigh of relief. The drama told the story of a mixed-race American teen kidnapped by her Saudi Arabian extended family, and was written by a U.S. Army veteran — and, as a spokesperson told The Hollywood Reporter, the “conversation surrounding [the] pilot was not what [they] had envisioned.”

If that conversation was enough to get the pilot canceled, what exactly were people saying?

That the pilot got things wrong: BuzzFeed was instrumental in drumming up awareness of Alice in Arabia, largely by procuring a copy of the pilot script and noting inaccuracies throughout, such as what seemed to be confusion over the difference between an abaya and a burqa. This was particularly noteworthy given that the show’s blurb focused Alice “surviving life behind the veil.”

That the show relied on stereotypes: As reported by Al Jazeera America, the American-Arab Anti-Discrimination Committee issued a statement saying that the idea that a Saudi Arabian family would kidnap an American relative and oppress her “perpetuates demeaning stereotypes.” On her blog, the writer Aisha Saeed, who participated in getting a Twitter conversation about the show, noted that there’s a way to talk about cultural issues without resorting to stereotypes, but that “nuance and complexity” are necessary to make it work — and that, without that nuance, portrayals can be “frightening” to those depicted.

That the title makes an offensive analogy: Also at BuzzFeed, Ayesha Siddiqi noted that the show’s title draws a parallel between topsy-turvy Wonderland and the actual nation of Saudi Arabia — which didn’t exactly inspire confidence that the show’s depiction of the world in which it was to be set would be realistic.

That, if it got picked up, it might lead to bullying: The Council on American-Islamic Relations published a statement warning ABC Family that such a portrayal of Saudi Arabians on a channel like theirs might “lead to things like bullying of Muslim students” by viewers.

That the show didn’t give those portrayed control over their own stories: As Rabia Chaudry wrote for TIME, focusing on stereotypes and extremists drowns out “more normative voices from Muslims.” Many of those who were upset about the show expressed a desire for more stories about Muslim people to be written by those who actually practice the religion and can more easily capture a more nuanced sense of the topic. As a Guardian column on the topic elaborated, even though the show’s writer says that she spent many years immersed in the culture and that the show would “give Arabs and Muslims a voice on American TV,” the idea of giving a voice grates on those who say they already have a voice — but aren’t being heard.

Though the pilot is kaput, that conversation isn’t over. Today, on Twitter, the hashtag #NotYourStockMuslim popped up — participants were using it to express the ways in which they’re different from stereotypical Muslims. That includes Alice. 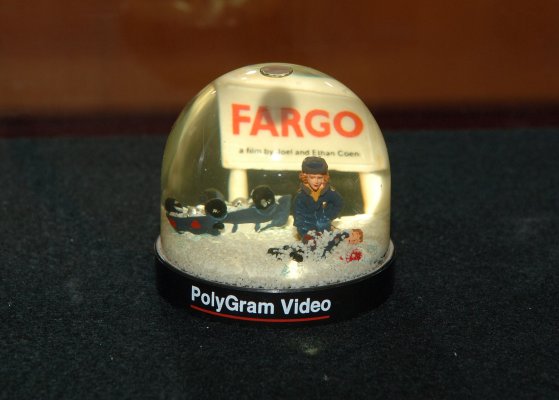