French opponents of gay marriage marched in the tens of thousands on Sunday to protest a government that they saw as increasingly “family-phobic.”

Reuters reports that more than 100,000 protesters rallied in Paris and Lyon against the left-leaning administration of President Francois Hollande. Demonstrators vented their frustration over a range of policies, including the legalization of gay marriage, school lessons on gender equality and a draft law that they feared would allow gay couples to have children through medically assisted reproduction. Government ministers deny the latter, but Cardinal Philippe Barbarin, one of the protest organizers, told journalists, “We are not naive.” 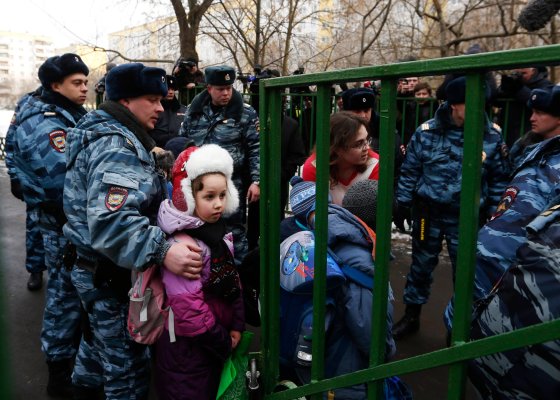