Kobe Bryant v. Michael Jordan: Sizing Up the Greatest Player of All Time

NBA All-Star Michael Jordan (L) of the Washington Wizards watches Kobe Bryant (R) of the Los Angeles Lakers miss his second free throw that would have ended the NBA All-Star game at Philips Arena on February 9, 2003 in Atlanta, Georgia.
AFP—AFP/Getty Images
Ideas
By David Berri
David Berri is a professor of economics at Southern Utah University. He is the lead author of The Wages of Wins and Stumbling on Wins and continues to serve on the editorial board of both Journal of Sports Economics and the International Journal of Sport Finance.

Although the Lakers as a team appear destined to struggle, one positive event seems quite likely. Entering the 2014-15 season, Kobe Bryant had scored 592 fewer points in his career than Michael Jordan in his entire career. And given how much Kobe is scoring in the first few games of the 2014-15 season, we can expect that Kobe — if he stays healthy and keeps his scoring pace — will pass Jordan before Christmas.

When this happens, people might be tempted to ask: Is Kobe “better” than Jordan?

Brandon Jennings, the starting point guard for the Detroit Pistons, already answered this question before the season started. According to Jennings, Jordan had more help winning titles. As Jennings noted, Jordan never won without Scottie Pippen, while Kobe won two titles without another “great” player. Therefore, Jennings argues that Kobe is the GOAT (Greatest of All Time).

I suspect that few people agree with Jennings. At least, I think most people will agree that Jordan did more in his career than Kobe. But I also suspect that Kobe is “like Mike.” In other words, I imagine many people think the gap between these two players isn’t that large. The data, though, seem to tell a different story. Jordan isn’t just better than Kobe; in fact, when we measure the difference, we see that no one should suggest these two players are similar.

The NBA tracks a variety of box score statistics to measure player performance. When we look at these numbers for Jordan and Kobe, it is clear that the former has a significant edge. For example, when we compare what Jordan did for the Chicago Bulls to what Kobe did for the Lakers (before this season), although their scoring totals are similar, Jordan was the more efficient scorer. With the Bulls, MJ had an effective field goal percentage of 51.83%. In contrast, Kobe’s mark with the Lakers is only 48.72%. To put that in perspective, the average shooting guard in the NBA (since the 1979-80 season when the three-point shot was added to the NBA) has an effective field goal percentage of 48.56%. In sum, Kobe has not been much better than average with respect to shooting from the field.

We can do more than just stare at the numbers. The NBA’s box score numbers can also be translated into how many wins each player produces. What this analysis reveals is that wins in the NBA are primarily about gaining and keeping possession of the ball (rebounds, turnovers and steals) and then turning that possession into points (shooting efficiently). We have already seen that Jordan did more than Kobe with respect to all the factors that matter most with respect to wins. And when we turn to wins produced, we can see how Jordan’s impact on outcomes was so much bigger than Kobe’s.

Across each player’s entire career (up until this season), it’s the same story. Jordan finished his career with the Bulls in 1998 (we will ignore his ill-fated return to the Washington Wizards when he was 38 years old). Here is what MJ did for the Bulls:

Meanwhile, here are Kobe’s career numbers before this season:

So Jennings appears to be quite wrong. Kobe has not come close to Jordan. And I want to take this a bit farther. Kobe has also not been as productive as a few other shooting guards. For example, Kobe has produced fewer wins in his career than the career production of Clyde Drexler, Reggie Miller and Ray Allen. And on a per-minute basis, Kobe has done less across his career than both Manu Ginobili and Dwyane Wade.

A key difference between Kobe and these players is shooting efficiency from the field. Each of these shooting guards were simply better than Kobe at getting shots to go in the basket. And that means each player had a larger impact on his respective team’s ability to win games.

Kobe’s inability to excel with respect shooting efficiently was noted recently in an article by Henry Abbott for ESPN The Magazine.

Bryant has fired away for nearly two decades. He’s fourth on the NBA’s all-time scoring list, trailing only Kareem, Karl Malone and Michael Jordan. He’s also just a few weeks’ play from setting an all-time league record for misses. “The problem is, he’s just not as good as he thinks he is,” says one source in the Lakers’ inner circle. “He’s just not as efficient as he thinks he is.

This passage essentially captures the weakness in Kobe’s game. Kobe will soon pass Jordan in scoring totals. But he will also soon pass everyone else in missed shots.

Those missed shots matter. The key to evaluating players is to make sure you measure accurately the positives and the negatives. In other words, accurate evaluation requires you get past the “scoring illusion” (i.e., placing too much emphasis on scoring totals in evaluating basketball players). When you take that step, it becomes clear that Jordan did much more than Kobe, and Kobe is nowhere close to being “like Mike.”

David Berri is a professor of economics at Southern Utah University. He is the lead author of The Wages of Winsand Stumbling on Wins and continues to serve on the editorial board of bothJournal of Sports Economics and theInternational Journal of Sport Finance. 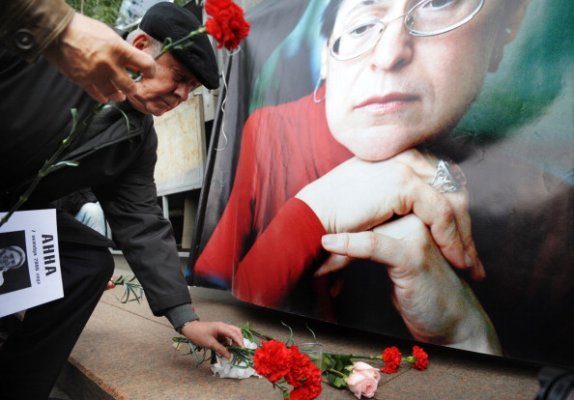 Five Best Ideas of the Day: November 6
Next Up: Editor's Pick