Since its first episode in 2005, The Colbert Report has mostly served to make us laugh. But Stephen Colbert—both as his over-the-top, ultraconservative character and as his normal self—has had a cultural impact that runs deeper than a few giggles. Here, as his show nears its Dec. 18 end, is a look back at five times he stepped up to influence society and inspire people.

1. The time he helped us actually understand campaign finance.

Apparently, faux TV news host Stephen Colbert is more effective than actual journalists when it comes to explaining the intricacies of campaign finance, according to the Annenberg Public Policy Center. Researchers said the show served as “an extended civics lesson”—largely because it walked viewers through the process of creating a political action committee. In March of 2011, Colbert announced he was forming his very own super PAC called “Americans for a Better Tomorrow, Tomorrow.” It became a running gag on the show, but it gave viewers real insight into the policies surrounding campaign finance. (Colbert shut the super PAC down a week after the 2012 election.)

2. The time he saved the U.S. Olympic Speedskating team.

In 2009, the United States’ Speedskating team found itself int a tough spot while preparing for the upcoming 2010 Winter Olympics. The team’s major sponsor, DSB Bank, declared bankruptcy and cut its funding. So who came to the rescue? Yes, that would be Stephen Colbert. He announced that The Colbert Report would become the team’s primary sponsor, with the show’s fans donating money to the cause. The team made it to the Games, and ended up taking home one gold medal, two silver and one bronze—all while wearing uniforms with “Colbert Nation” emblazoned on the thighs.

3. The time he and Jon Stewart joined forced to lead the Rally to Restore Sanity and/or Fear.

On Oct. 30, 2010, about 215,000 people gathered at the National Mall in Washington, D.C. Why? To attend a rally hosted by comedic icons/fake news pioneers Jon Stewart and Stephen Colbert, of course. It was part concert, part comedy show, and part political discussion. Colbert mostly stayed in his ultraconservative character throughout the event, but both comedians kept things mostly nonpartisan, particularly in regard to the looming Congressional elections. The goal, it seemed, wasn’t to implore the masses to take a certain political stance—but rather just to get everyone together in the nation’s capital.

4. The time he testified before Congress.

In 2010, Colbert appeared (in character) before a House subcommittee to deliver a testimony about migrant farm workers. “I don’t want a tomato picked by a Mexican,” he testified, stone-faced. “I want it picked by an American, sliced by a Guatemalan and served by a Venezuelan in a spa where a Chilean gives me a Brazilian.” The whole thing was ridiculous and a bit awkward, of course, but Colbert once again proved his ability to use his character’s bravado and faux-conservative views to draw attention to issues that many people would have otherwise overlooked.

5. The time he inspired a Ben & Jerry’s ice cream flavor.

Colbert’s contributions haven’t been strictly political or cultural—they’ve also been delicious. In 2007, beloved ice cream company Ben & Jerry’s announced its newest flavor: Stephen Colbert’s AmeriCone Dream. The ingredients themselves—vanilla ice cream, fudge-covered waffle cone pieces and caramel—aren’t especially patriotic, but Ben & Jerry’s promised that the flavor is like “the sweet taste of liberty in your mouth.” Colbert donates the proceeds from AmeriCone dream sales to various charities through The Stephen Colbert AmeriCone Dream Fund. As he put it himself: “I will save the world.” 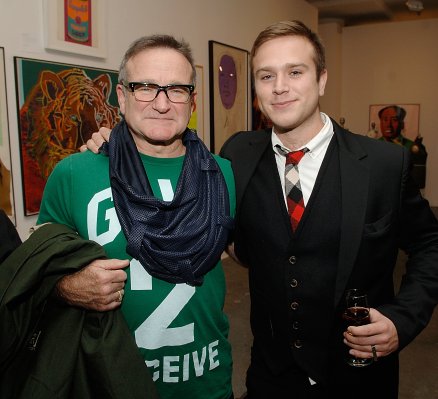 Robin Williams’s Son Opens Up About the Loss of his Father
Next Up: Editor's Pick