The most important skill in freestyle rapping is improvisation, so it’s only fitting that a comedian who got her start in improv would be able to drop a rhyme or two. Amy Poehler, a frequent guest on Scott Aukerman’s Comedy Bang! Bang! podcast, showed her emcee chops on several episodes — and some of the funniest clips are compiled in this supercut.

Poehler takes on topics not commonly explored in hip hop, like home schooling, exotic pets and butter. Because it’s a podcast, the video uses stock photos in place of Poehler actually rapping, but she offers a mental image of how she gets into the zone: “I’m just finding my beat here, clearing my space, getting into my rap battle pose.”

Perhaps the most enjoyable part of the video is that Poehler cracks herself up, delivering her lines through a steady stream of giggling. The last time we saw her rapping, she was trying to hold it together in an entirely different way: When she performed her unforgettable Sarah Palin rap on Saturday Night Live in 2009, she was, in her own words, “so pregnant that I was just trying not to give birth.” 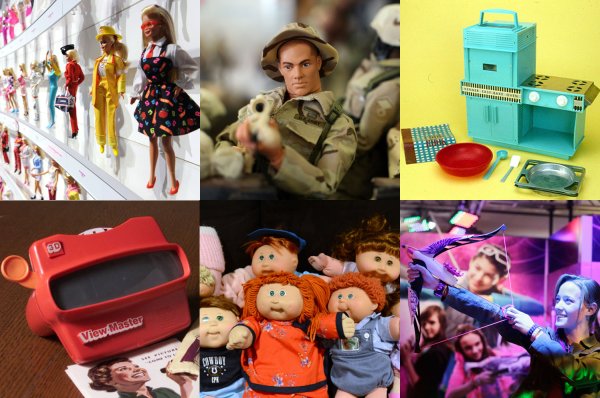 The 13 Most Influential Toys of All Time
Next Up: Editor's Pick