In cities across the world, protestors have participated in the ‘Million Mask March’, promoted by the anarchist hacker collective Anonymous and attracting support from anti-capitalist, anti-war, and pro-Palestine movements.

Thousands gathered in London on Nov. 5, with many—though not Brand himself—sporting the Guy Fawkes masks made famous by the film V for Vendetta and now associated with Anonymous. Fawkes attempted to blow up the House of Parliament on Nov.5 1605, an event long commemorated across the U.K. with fireworks and bonfires.

When Russell Brand appeared by the Houses of Parliament, he was quickly surrounded by protestors and reporters. He told fellow activists that they “should have a loving, peaceful protest”. He added: “Stay cool, stay cool. I think you should be careful. Don’t get beaten up and arrested tonight.”

But police had obtained an order to allow them powers to remove people’s masks and violent clashes broke out, leading to several arrests.

Read next: Russell Brand Explains How You Start a Revolution 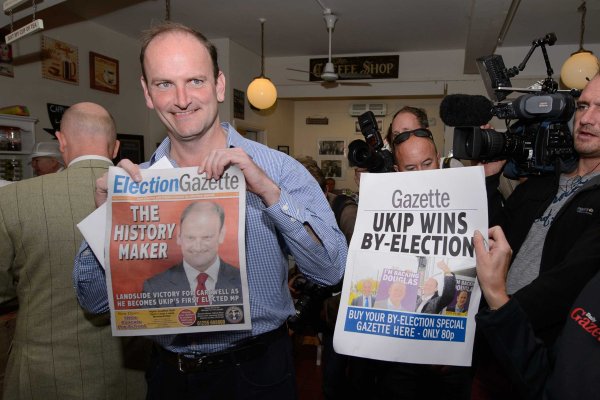