Big money was a boon to groups fighting for and against ballot measures across the states on Election Day.

In 21 of the top 25 most expensive state ballot measure races in terms of television ad spending, groups that won the war on the airwaves also won at the ballot box, according to a Center for Public Integrity analysis of unofficial election results and preliminary data from media tracking service Kantar Media/CMAG.

But surprising upsets also showed that in the wild world of direct democracy, money isn’t everything.

“The relationship is more complicated than just ‘spending more [means] having greater success.’ There are a lot of other factors in terms of the electoral environment,” said Daniel Smith, a University of Florida professor and expert on such initiatives. “Ballot measures generally are easier to defeat than to pass.”

More than $196 million was spent in 2014 on TV ads touting and trashing this year’s crop of 158 statewide ballot measures; another $19.7 million was spent on local measures. TV ads are well known as an effective way to get a message to voters, and this year, many corporations and national advocacy groups lined up to have their say on the airwaves about the initiatives.

Groups backed by doctors and health insurers spent nearly $60 million to air TV ads to oppose Propositions 45 and 46 in California, putting them at the top of the TV spending pile. They got their way, as voters rejected the two measures, which would have required drug testing for doctors and special approval for insurers to raise rates.

The health care industry outspent Consumer Watchdog, an advocacy group, and trial lawyers, who backed the measures, by 7-1 on the airwaves.

Examples where big ad spending paid off for groups working to pass or block initiatives at the polls were plentiful. Some of the winning groups appeared not to face any opposition on the airwaves at all: Of the 21 groups that won both ad and ballot wars, 13 faced no ads aired on the other side of the issue.

In Massachusetts, voters chose not to ban gambling after a casino-backed group ran about $5.7 million worth of ads claiming gaming was good for the economy. No ads ran in support of the ban.

And in Democratic California, Gov. Jerry Brown led a group of supporters who together put nearly $21 million worth of ads on TV to support Propositions 1 and 2, which encompass a series of provisions to shore up California’s water supply and create a state rainy day fund. The measures faced no opposition on the airwaves, and passed handily.

Ballot measures can have broad, bipartisan support to begin with, especially if a legislature puts them on the ballot, said Smith.

Supporters of legalized marijuana won in Oregon and Alaska. Groups spent $2 million supporting the Oregon measure on the airwaves, and just $60,000 in Alaska. Voters also approved a measure legalizing the possession of the drug in the District of Columbia, despite no pro-pot ad spending.

But in Florida, a measure to allow medical marijuana failed, barely. It needed 60 percent approval to pass and only got 58 percent. The Drug Free Florida Committee, armed with millions from Republican mega-donor Sheldon Adelson, spent $5 million on TV ads against the measure, compared with just $1.9 million spent on the airwaves by supporters.

The “No on 2” campaign was more sharply focused in its attacks on the medical marijuana measure, raising a host of claims that raised doubt in Floridians’ minds,” Smith said.

Among some other high-profile ballot battles: 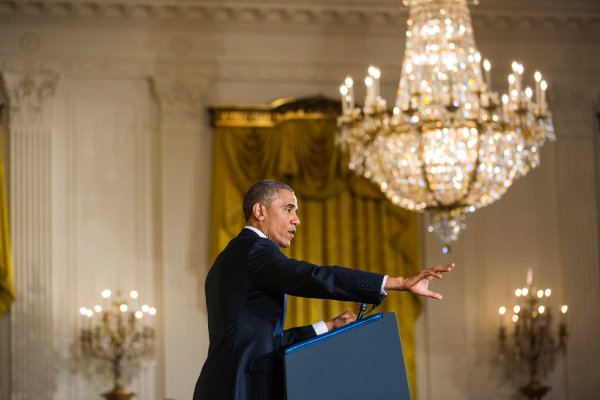 Obama Wants to 'Get Stuff Done'
Next Up: Editor's Pick