Homeless advocate Arnold Abbott, 90, of the nonprofit group Love Thy Neighbor Inc.,right, shakes hands with a Fort Lauderdale police officer, left, Wednesday, Nov. 5, 2014, in Fort Lauderdale, Fla. Abbott and a group of volunteers were feeding the homeless in a public parking lot next to the beach when he was issued a summons to appear in court for violating an ordinance that limits where charitable groups can feed the homeless on public property.
Lynne Sladky—AP
By Rishi Iyengar

A Florida senior was stopped and issued a citation by police last Sunday for trying to feed homeless people at a Fort Lauderdale park.

Arnold Abbott, 90, runs a group called Love Thy Neighbor and has been providing food to the homeless for over 20 years. He had barely served three or four of the 300 meals he prepared when police officers stopped him, the Sun-Sentinel reports.

The officers were enforcing a new law against public feeding sites, which is aimed at reducing the city’s homeless population.

“I’m not satisfied with having a cycle of homeless in city of Fort Lauderdale,” explained mayor Jack Seiler. “Providing them with a meal and keeping them in that cycle on the street is not productive.” 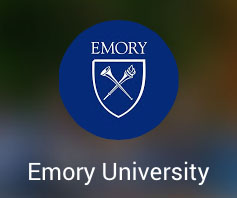