How to Ditch the Common Core and Teach Kids Real Skills

In the most recent international comparison of school achievement, among the 34 OECD (Organisation for Economic Co-operation and Development) countries, the U.S. ranked 17th in reading, 20th in science and 27th in math, behind such countries as Portugal, Italy and Spain. (Shanghai China ranked 1st.) The results are virtually unchanged from previous years. And our top students are doing particularly poorly. For example, in math, only 2% of U.S. students scored a 6 (the highest), compared with 31% in Shanghai China. The U.S. is moving toward mediocrity in a world that requires anything but.

And it’s not for lack of spending. The U.S. ranks #1 in the world in per-student spending on education.

Politicians tout education as key to America’s future, including closing the achievement gap. But for education to fulfill the hope, education may need not more tweaks, but reinvention.

Imagine that every child, rich and poor, from Maine to San Diego, would be taught by a dream team of the world’s most inspiring, transformational teachers and receive totally individualized instruction. It’s possible. Here’s how.

Take, for example, Algebra 1, considered (falsely, as I will argue later) a critical course. Think back to when you took it. Unless you were the exception, your teacher didn’t fascinate you nor did you learn algebra in a way that you use it in your daily life. But from among the nation’s thousands of algebra teachers, there must be a few who are magical in their ability to get kids to understand algebra, love it and make it part of their lives.

So imagine that the U.S. Department of Education invited algebra teachers worldwide to submit a video of themselves teaching, and picked three highly transformational teachers. Each would create his or her favorite 1/3 of the course with the help of a world-class gamification/simulation expert (for example, someone from Electronic Arts or LucasArts) and a techie to put it all into an interactive, individualized online course. The teacher would give mini-lectures followed by simulations, games, individualized practice and supplementary materials. That online course would be available on all types of devices and platforms, and to every teacher in the nation and beyond. Each teacher could use it as the centerpiece of class time or decide to teach the class traditionally and use the dream-team-taught lessons as homework.

If dream-team instruction proves superior, it could be expanded to all high school subjects and even piloted with lower grades, for example, third-grade science.

Even with dream instruction, if students are taught the same things that turn off even many motivated students, we’re fighting the battle to educate with one arm tied behind our back.

It is elitist that the school curriculum, especially the new national Common Core curriculum, demands all students learn arcana they won’t even need in college, let alone in life–for example, the intricacies of Shakespeare and the trigonometric reciprocal functions. Meanwhile, the curriculum does not focus on helping students graduate with far more critical skills: tools for resolving conflict without fisticuffs, parenting skills or financial literacy such as smart ways to save and borrow and estimation skills, for example, whether a person can afford to move out of his parents’ house.

Do we actually graduate so many high school students without basic skills? Consider this. The Education Trust reported that in 2010, 23% of applicants to the Army scored below the absolute minimum (31 percentile) on a basic skills test (Armed Forces Qualification Test) be considered by the military. The questions are truly basic. Here are samples.

The pool from which that 23% of low scorers came from had already been prescreened to eliminate candidates with criminal records and the intellectually disabled, for example.

And are the Common Core standards truly that esoteric? Indeed. For example, here is the introduction to and first example of the 8th grade math standards—students are required to learn all of these:

In Grade 8, instructional time should focus on three critical areas: (1) formulating and reasoning about expressions and equations, including modeling an association in bivariate data with a linear equation, and solving linear equations and systems of linear equations; (2) grasping the concept of a function and using functions to describe quantitative relationships; (3) analyzing two- and three-dimensional space and figures using distance, angle, similarity, and congruence, and understanding and applying the Pythagorean Theorem.

A schools superintendent and member of a major state superintendent’s cabinet, who wishes to remain anonymous, said, “If my fellow superintendents and I were in a room and told we had to take an exam that tested whether we met the 8th grade standards, there’d be a massive rush for the door.” Yet we require all high schools students to learn that arcana while allowing them to graduate without basics?

Students, especially slow learners, cannot learn all we’d like. Can anyone who actually cares about students assert that it’s more important that they know even those 8th-grade standards by the time they graduate from high school than the aforementioned more life-central skills?

First things should be first. You shouldn’t teach the area of the parabola unless a student knows how to estimate the full four-year cost of college attendance. At some point, a student may get to the point where the esoterica is next in line, but most of that would occur in college or graduate school.

Not only would students learn more in a first-things-first curriculum, they’d be more motivated to learn because the material is obviously important. For students, teachers and society, such a curriculum, especially compared with the Common Core, would indeed be a Dream Curriculum.

I view the above as comprising the key elements of a Dream School. Such a school would fulfill students’ dreams of loving school, parents’ dreams of having their children grow more than they could have imagined and society’s dream of a citizenry that’s wise, employable and contributing both to their self-sufficiency and to the larger good. 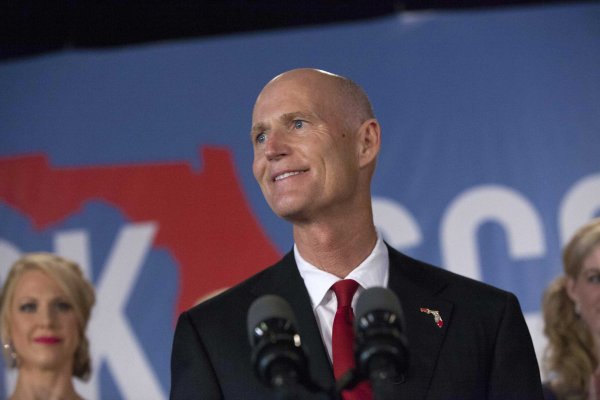 A Rough Election Day For Teachers Unions
Next Up: Editor's Pick