How Guinea Found the Best Way to Survive Ebola

A medical staff worker of the 'Doctors without Borders' medical aid organization at a center for victims of the Ebola virus in Guekedou, Guinea on April 1, 2014.
Seyllou—AFP/Getty Images
By Alice Park

With the number of cases topping 13,000 and deaths climbing close to 5,000, the current outbreak of Ebola in West Africa is the virus’s worst yet. But from the tragic illness and mortality emerge some important lessons from the region.

The latest, published in the New England Journal of Medicine, details the cases that first appeared in Guinea’s capital city of Conakry between March and April. Unlike in other parts of the region, where the mortality rate from Ebola averages around 60% to 70%, in Conakry it has remained around 43%.

MORE: Here’s What Scientists Know About Ebola in Sierra Leone

Why? As Dr. Robert Fowler, a clinician in pandemic and epidemic diseases with the World Health Organization (WHO) and physician at the University of Toronto, explains, Guinea’s first Ebola treatment center, established in the capital, took a very aggressive approach to handling patients. Working with the humanitarian aid group Medecins Sans Frontieres (MSF) or Doctors Without Borders, the WHO and the country’s Ministry of Health set up a facility where Ebola patients were immediately hooked up to IV fluids and treated for dehydration—often a complication of infection. They were also monitored regularly for changes in their blood chemicals, including the electrolytes that are a marker for whether the body’s cells are getting enough water and nutrients to function. While routine blood work is standard practice at every hospital in developed nations, such testing wasn’t at Conakry health facilities.

“At the beginning of the outbreak, there was no [Ebola] treatment center,” says Fowler. “It evolved from an old cholera treatment facility and the evolution of care went from having no beds to having IVs, IV fluids, antibiotics and antimalarial [drugs]. We were only able to do hand-held point-of-care testing [of blood samples] but that was quite novel for treatment centers anywhere in the outbreak, even though that’s expected and routine almost everywhere else in the world.”

MORE: This Map Will Show You Every Ebola Outbreak in History

The key to helping Ebola patients survive their infection, Fowler and his colleagues saw, was hydrating them with IV fluids, ensuring that their blood work remained stable and addressing any changes in their metabolites as quickly as possible. In the first month of Ebola cases, 37 patients tested positive for the virus, 28 were treated with IV fluids and 16 died. While the death rate remained high, it was lower than that typically seen in other parts of West Africa.

“Our hypothesis has always been that we wanted to establish a culture of very aggressive supportive care for patients who were coming in dehydrated with electrolyte and metabolic abnormalities and try to correct those very early on, so the complications of very severe depletion don’t compound the effects of Ebola virus infection,” Fowler says.

MORE: Why Cuba Is So Good at Fighting Ebola

Fowler is convinced that the key to improving Ebola survival rates is to think about it differently. Instead of thinking of Ebola as an almost-always fatal disease, see it instead as one that is survivable with the right treatments, he says. If people understood that survival is possible—and at higher rates than previously thought—then more people who might be exposed or infected would seek care sooner rather than later, when it’s too late. “I truly do think we can change the way people think about this illness if we evolve the thinking from needing to have isolation facilities…to saying we need rapidly mobilized treatment facilities that can help care for patients with aggressive supportive care as early as possible,” he says.

Even with the dozens of patients he and his team saw at the treatment facility in Conakry, “we just weren’t keeping up with their fluid needs as much as we needed to,” he says. “Collectively as a team, we were thinking we were failing miserably in terms of our goal of delivering optimal care.”

To succeed takes an enormous amount of resources, labor and personnel. Health workers need to routinely draw and measure patients’ blood to track any slight negative changes in their physical state. Fowler acknowledges the need for drug treatments and an effective vaccine, but for now, as thousands of patients struggle to fight off the virus, “we really, really need more health care workers so we can spend enough time with patients and deliver the kind of supportive care that will improve their outcomes,” he says.

Fowler admits the challenges facing recruitment. For starters, working with Ebola patients requires health care personnel to suit up in personal protective equipment that leaves no skin exposed, making them uncomfortable in the equatorial heat of the region. “We are nowhere near hitting the mark that needs to be hit to improve outcomes,” he says. But as data like his starts to build, best practices and the most effective ways to treat Ebola patients are emerging. And hopefully they will start to make a difference. 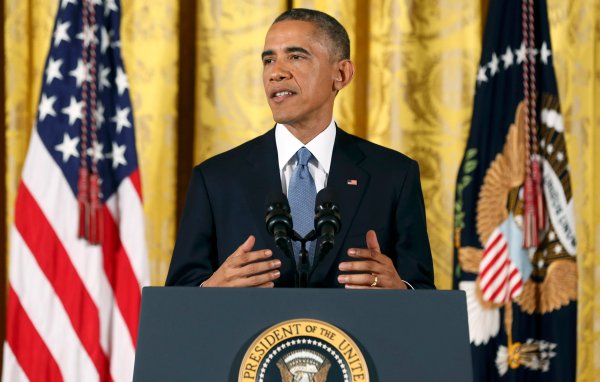 Obama Asks for $6.2 Billion to Fight Ebola
Next Up: Editor's Pick