A record number of proposed bans to the controversial oil and gas drilling technique known as fracking were included on local ballots countrywide Tuesday. Out of eight proposed bans, four passed, in Ohio, Texas and California.

Perhaps the unlikeliest victory for anti-fracking activists was in Denton, Texas, a town north of Dallas situated in what one activist called the “cradle” of the U.S. oil and gas boom. The ban, which forbids the process of setting off large explosions underground in oil and gas drilling operations, passed with nearly 59% of the vote.

Denton is the first municipality in Texas to have passed a fracking ban–even despite heavy spending by the oil and gas industry to defeat the measure that the Denton Record Chronicle called it “the most expensive campaign in Denton’s history” by far.

“People in Denton rallied together and did some amazing organizing to pass a ban,” said Mark Schlosberg.

A legal challenge to the ban is all but assured, reports the Texas Tribune. Three of five similar bans passed in Colorado in recent years were overturned in local district court. 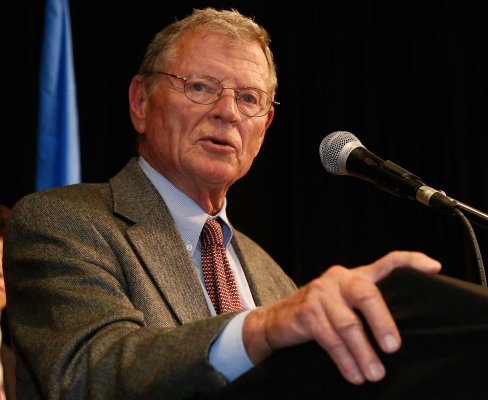 Inhofe At Odds With Science
Next Up: Editor's Pick