7 Incredible Viral Moments That Turned Out to Be Marketing Stunts

Businessman sitting in front of his laptop, angry
Getty Images
By Laura Stampler

There have been a lot of questions about whether or not overnight Internet darling ‘Alex from Target‘ is a real viral sensation or a just a marketing ploy. Here are 7 other viral sensations that broke our hearts when we found out they weren’t real:

In February, a “Dumb Starbucks” opened its doors in Los Angeles. Not only did the Internet freak out, but people actually got out from behind their computers to line up around the block to order Dumb Espressos and buy Dumb Norah Jones CDs. Then it turned out to be part of a Comedy Central show hosted by comedian Nathan Fielder. Womp womp.

The Internet was horrified when pictures of Gestations, the self-proclaimed “first bar for pregnant women,” began making the rounds on Twitter. “It may just be a tasteless advertising gimmick,” the New York Post wrote. And it was. Gestations, soon replaced by Blackbox bar for on-duty pilots, was just a way for an app called Bartendr to drum up publicity.

A YouTube video showing a girl catching on fire after attempting to twerk upside down racked up 9 million views in just six days. It was featured on The View and The Today Show. And then Jimmy Kimmel revealed it was all a stunt for his show, and the woman was a literal stunt woman.

Hoverboard was a lie

In March, people were convinced that hoverboards were about to become a reality. And then Funny or Die released a statement declaring that the ad was fake. “Sadly, we were lying,” the liars explained.

A beautiful, seemingly sincere video showing strangers — gay and straight, young and — meeting and then kissing garnered 42 million YouTube views in four days. And then the world found out that it was actually an ad for a clothing company. Love isn’t real. Trust no one.

Baseball player Evan Longoria saved a reporter’s life by catching a ball speeding towards her head with his bare hand. Except he didn’t because it was a stunt for Gillette.

Ellen’s Celebrity Selfie at the Oscars

If you put the world’s most famous actors together in a picture, it’s hardly surprising that it will become the most retweeted selfie ever. But was Ellen’s “spontaneous” Oscars moment really that spontaneous? Or was it an ad for event sponsor Samsung? Ish. Samsung spent an estimated $20 million on the show, and marketing chief Todd Pendleton told Adweek that it planned to have Ellen take a selfie with Meryl Streep using a Samsung smartphone. Ellen may have upped the stakes, but it was, essentially, an ad. 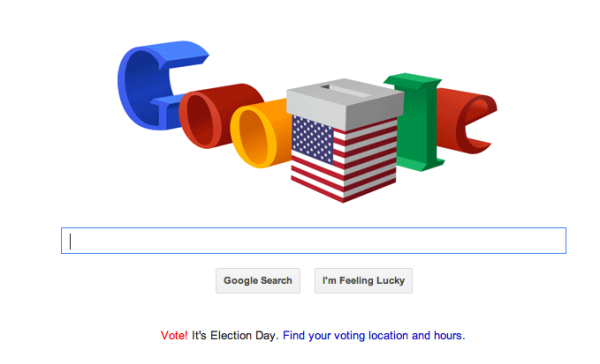 Election Day Google Doodle Tells You Where You Can Vote
Next Up: Editor's Pick