A new study has revealed the staggering cost of China’s dependence on coal to power its economy: 670,000 deaths in one year alone.

The study, by Tsinghua University associate professor Teng Fei, lays bare the extent of the country’s pollution problem that is the darkest side effect of the country’s rapid growth over the last 20 years: over 70% of China’s 1.4 billion population are exposed to pollution levels above national regulatory norms, and over 10% are exposed to concentrations of harmful particles 10 times the level considered safe by the U.N.’s World Health Organization.

The study underlines how immediate and pressing pollution and public health issues are driving the discussion in China over industrial emissions, in contrast to considerations of long-term climate change prevalent in the West. It’s also a powerful reminder of why Beijing is trying to re-orient its economy away from energy-intensive, export-oriented manufacturing.

Coal, by far the “dirtiest” of the major fossil fuels in terms of emissions, accounts for over two-thirds of China’s primary energy supply. Although Beijing has taken tentative steps to reduce its importance, such as banning the development of new coal mines in the country’s more developed eastern provinces, coal will still be over 50% of total energy supply even in 2040, according to official U.S. estimates.

Teng’s study will strengthen the arguments of those pressing the government to do more, faster. Teng suggested that taxes on coal need to be raised between five and ten times to reflect the real cost of burning it, according to the South China Morning Post.

But the actual cost is probably far higher, the SCMP quoted Li Guoxing of Beijing University’s School of Public Health as saying.

“The health cost [of the study] is only based on the premature death figures due to the limitations of our research data,” said Li. “It could be way higher if we also include medical costs for other chronic illnesses.”

The study found that in 2012, more than 70% of the population was exposed to annual PM2.5 pollution levels higher than 35 micrograms per cubic meter, the country’s benchmark for healthy air quality. And 157 million people lived in areas where the annual PM2.5 concentration was higher than 100mcg/cubic meter – 10 times the WHO’s recommendation.

According to the China National Coal Association, the country’s coal consumption totaled 3.03 billion metric tons in the first nine months of this year, down 1.2% from a year earlier. Domestic production fell to 2.85 billion tons, according to the Xinhua News Agency. 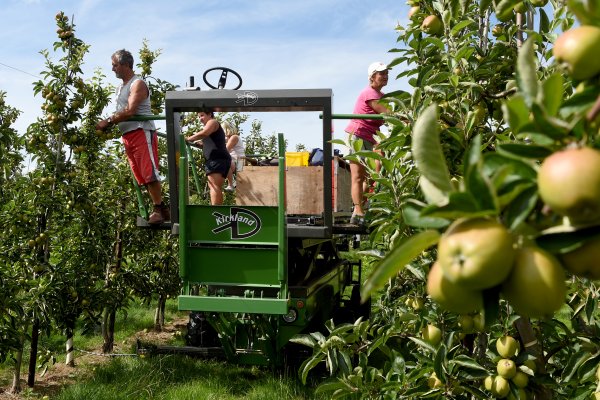