Is Your Kid Still Eating Halloween Candy? Read This.

It’s Day Seven post-Trick or Treating and while the Halloween costumes are old news, the siren’s call of that big stash of processed sugar goes on. And good luck trying to stand between a child and their yearly candy harvest. It becomes a daily battle that almost always ends with someone near tears. (Usually me.) Is the only course of action left to eat all the candy myself?

I could always blame Jimmy Kimmel. The late night comedian staged his now-annual Halloween prank where he has parents inform their children they ate all their Halloween candy and record the inevitable meltdown. The reactions are both funny and sad, but while some saw the prank as uproarious and others viewed it as a cruel hoax, I thought: Hey, that’s not a bad idea. If the candy just disappeared, the struggle would be over in one fell swoop. Off with the proverbial band-aid and on with the limited intake of sugar. But it’s kind of mean and the ensuing tantrum would not be fun to weather. As a parent, though, do I need to make the healthy choice for my kid, whether he likes it or not?

In general, my kid can usually take or leave sugary junk food, but he spent a lot of energy collecting his plus-sized bag of Halloween treats and seems to view it as his own personal Candy Land version of Mt. Everest. Like a wizened mountaineer, he must surmount it, simply because it’s there. At this point, if the FDA had an RDA, or Recommended Dietary Allowances, of carnauba wax, I assure you, it’s been met as he determinedly makes his way over Mt. CandyCoatedChocolate. He doesn’t care about my equally large mountain of studies showing that while delicious, copious amounts of sugar are simply not healthy.

But what is a parent to do when it comes to squaring off against a bag-full of treats? Some parents are lucky enough to live near wily dentists who will buy Halloween candy for cold hard cash and deliver them to troops via Operation Gratitude. The more organized among us plan in advance with the brilliant Switch Witch gag where a “witch” steals the candy in the middle of the night and switches it out for toys. It’s a great ploy for those of with enough free time to pull it off. (Some of us would pay $2,700 for an extra hour in the day in which to plan a Switch Witch-style swap.)

If a parent doesn’t want to be seen as a real witch, though, what are the options? It’s just us vs. the candy and currently, the corn syrup is winning. At the risk of getting that Frozen song stuck in your head again, should we just let it go? Double up on the vegetables and double down on the flossing and brushing and let the kids eat every last fun-sized morsel and just let the sugar industry win this round, despite the studies that show that sugar is the only cause of tooth decay?

I know it’s something that my hippy mother struggled with when I was a child. Normally we were allowed no processed sweets—seriously, I got a box of sugary cereal from Santa each year, otherwise it was all health food store versions of Cheerios—so Halloween was a bonanza for us and a nightmare for my mother. Each year she had a new approach to the onslaught of sugar. One year we were allowed two pieces a day, which stretched the candy consumption until March and quickly became a supposedly fun-sized thing she would never do again. The next year we were told to eat all we wanted on Halloween and the rest would be done away with, the result being a now-infamous evening of candy-colored vomiting. After that, each year the candy trove seemed to be eaten by the dog, despite the fact that the stash was hidden on a tall shelf in the back of a closet and the dog was an overweight corgi with no vertical lift.

As a parent now, blaming the dog for a disappearing candy hoard doesn’t seem like a bad option at all, but I think I am going to attempt to strike a balance. I’ll let him have a few pieces a day for a few more days, while carefully supervising brushing and flossing and vegetable intake and side-eying a copy of the Year of No Sugar. After a week of daily candy intake, though, it might be time to take a page from my mother’s book and blame the dog when the stash disappears.

And if you don’t have a dog, well, there’s always Jimmy Kimmel to blame. 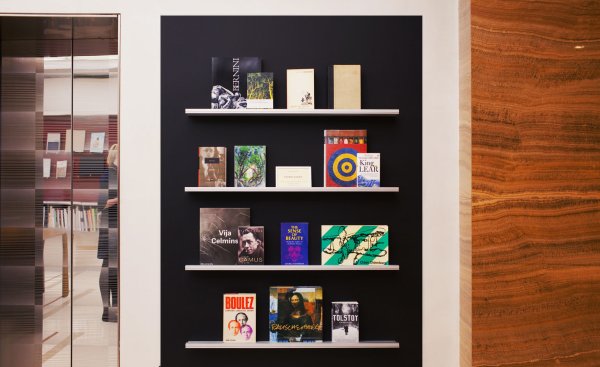