A sign for the "Yes on D" campaign in the window of the Measure D election headquarters in Berkeley, Calif., Nov. 3, 2014.
Robert Galbraith—Reuters
By Sam Frizell

Berkeley, Calif. has become the first U.S. city to pass a law taxing sugary drinks, with more than three-quarters of voters Tuesday backing a 1-cent-an-ounce tax on soft drinks.

Proponents of the measure say the tax will curb the consumption of sodas, energy drinks and sweetened teas which are contributing to the country’s obesity epidemic and Type 2 diabetes. Harvard researchers found in a 2013 study that increasing the price of a 20 oz. soda by 20 cents led to a 16% sales drop. But critics say such measures are nanny statism, and remove consumer choice.

“Berkeley has a proud history of setting nationwide trends, such as non-smoking sections in restaurants and bars, curb cuts for wheelchairs, curbside recycling, and public school food policies,” Vicki Alexander, an activist who worked to pass Measure D, said in statement.

A similar proposal failed across the Bay in San Francisco on Tuesday, USA Today reports. The San Francisco measure would have imposed a 2-cent-per-ounce tax and required a two-thirds majority to pass.

The Berkeley measure overcame a multimillion-dollar opposition campaign funded by soft-drink manufacturers. A proposition in New York that would have banned large-size sugary beverages was blocked by a New York State judge.

“I’m eager to see this experiment perform. We haven’t had a chance to see if taxing soda will reduce consumption because the industry has fought it so ferociously,” Michael Pollan, a food policy writer and professor at the University of California, Berkeley told TIME before the vote. “I think there are still a lot of people out there who haven’t gotten the message that soda is bad for you.” 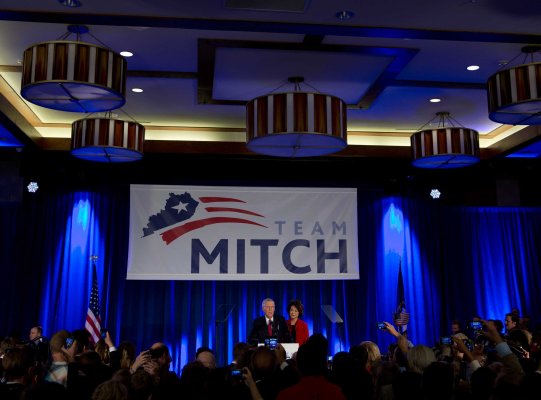 Mitch McConnell Plans for the Future
Next Up: Editor's Pick