GoldieBlox, an engineering toy for girls that got began on Kickstarter, made waves last year with a viral video showing girls using traditional pink toys to build a Rube Goldberg machine. For this holiday season, they’re taking on the status quo again with a new video and a new toy.

In the ad, an Orwellian ‘Big Sister’ tells a line of young girls dressed in pink dresses and heels, “You are beauty, and beauty is perfection.” The girls line up and take too-skinny, too-pretty dolls that look suspiciously like Barbie from a conveyor belt—that is until a girl with frizzy hair, overalls and Chuck Taylors shows up and destroys the machine with a hammer. Out from the decimated machine sprouts, you guessed it, a GoldieBlox doll complete with wild hair and sneakers.

It’s yet another effort by the small toy brand to disrupt the pink aisle dedicated to girls in the toy store, which tends to emphasize beauty over brains.

GoldieBlox began as a boxed toy that included a storybook and the wheels, gears and other building materials girls needed to construct machines that would help the character Goldie and her friends. It also had the added benefit of teaching young girls the fundamentals of engineering at a time when just 11% of engineers are women. Sparking interest at a young age is the key to closing this gender gap: Studies show that girls lose interest in STEM (science, technology, engineering and math) careers as early as age eight.

As Goldieblox creator Debbie Sterling told TIME last year, there are very few girls’ toys on the market that foster an interest in these critical skills. And those that do often emphasize being pretty over being smart: As a parent of a small girl, your options are the chemistry set for concocting makeup or rebelling and shopping in the boys’ blue isle. Even companies paying lip service to teaching girls engineering have come under fire for perpetuating problematic stereotypes. Some parents say that Lego’s Friends line for girls, for instance, has too many sets dedicated to pet beauty salons and too few dedicated to school.

“The Lego Friends line has definitely been getting girls to play with Legos,” says Sterling. “But I don’t think it’s been inspiring girls to want to be engineers. It’s continuing to inspire girls to look pretty and decorate.” Enter, GoldieBlox’s building toys, which found massive success their first holiday season. GoldieBlox is now available at over 1,000 retailers, including Toys R Us.

It’s no surprise then that Goldie is now foraying into the doll market.

Most action figures designed for boys are based on strong, empowered characters (think: G.I. Joe). Not so for girls. Dolls usually emphasize being cute over being powerful. There are the babies that girls must mother, the Disney princesses with eyes larger than their waists and Barbies with feet that can never wear flats, only heels. Indeed, Barbie, despite efforts to lean in, is perhaps the worst offender. A recent study showed that little girls who played with Barbie dressed as a doctor aspired to far fewer and less ambitious careers that girls who played with an amorphous Mrs. Potatohead doll.

Female action figures aren’t any better. They’re usually hyper-sexualized with large breasts and splayed legs, designed for adult male collectors. Another company, IAmElemental, noticed the gap in the market earlier this year and launched a successful Kickstarter campaign to create their own kick-ass heroes with normal women’s proportions to inspire girls to be brave heroes too.

Like IAmElemental, the GoldieBlox action figure is certainly aspirational. The tagline? “Other dolls are built for fashion, Goldie is built for action.” But the company also aims to make Goldie more relatable than other dolls. She doesn’t have impossible beauty standards like Barbie, but she also doesn’t fall into the uncool nerdy girl trope popular in kids’ shows (like Gretchen from Recess). And she makes mistakes, unlike the boy geniuses popular in kids’ culture.

“There’s Bob the Builder, Bill Nye the Science Guy, Jimmy Neutron—they’re all boys with IQs off the chart,” says Sterling. “That’s intimidating for all kids, but particularly for girls who suffer from this thing called math anxiety where they have really, really high standards for themselves when it comes to math.”

In short: Your daughter could never be Barbie (or Jimmy Neutron for that matter). But if she put her mind to it, she could become Goldie. Giving girls smart role models—not just pretty ones—isn’t as simple as destroying Big Sister’s conveyer belt. Goldie will still have to compete with Barbie and Elsa from Frozen on Christmas lists. But this is a start. 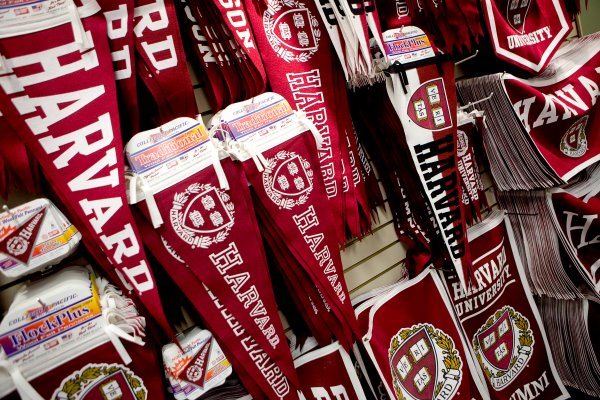