Star Wars alum Anthony Daniels took to Twitter to share his excitement about Star Wars: Episode VII, the first installment of a sequel trilogy in which he’ll reprise his role as the voice of C-3PO.

While Daniels doubts Episode VII will disappoint, the latest Star Wars installment has big shoes to fill: the legendary original prequel, The Empire Strikes Back, is the 12th highest grossing North American film of all time when adjusted for inflation, according to Box Office Mojo.

Episode VII, which finished filming last week, will hit theaters in December 2015, and is set to take place 30 years after Return of the Jedi. Mark Hamill will return as Luke Skywalker, Carrie Fisher as Lei and Harrison Ford as Han Solo, among other familiar faces. New cast members include 12 Years a Slave breakout star (and Oscar winner) Lupita Nyong’o and Game of Thrones actress Gwendoline Christie, whose specific roles haven’t yet been announced. 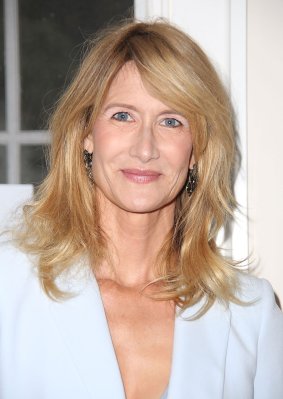 Laura Dern and Judd Apatow Collaborate on TV Comedy
Next Up: Editor's Pick