Apparently, there’s a right way and a wrong way to experience Christopher Nolan’s upcoming sci-fi epic Interstellar. Set in a near future that closely resembles the 1930’s Dust Bowl, Nolan’s latest feature doubles down on its vintage feel thanks to its old-school physical format. The film was shot using film rather than the digital cameras that are quickly becoming a staple in Hollywood, and it will be distributed at hundreds of theaters using classic film projectors rather than digital ones. That change will affect how the movie looks on the big screen and even who gets to see it first when it opens early on Wednesday at some theaters.

Here’s a quick primer on the many versions of Interstellar and where you can have the best experience:

Why is Interstellar coming out in different formats?

There’s an ongoing debate in Hollywood about whether movies should be shot with digital or film cameras. Digital cameras are smaller, cheaper, more versatile and more easily allow for special effects like 3D and green screen technology. Film cameras, on the other hand, produce a well-worn, organic look that has defined the visual style of movies for a century. Nolan is a champion of the classic film format, and he shot Interstellar using a combination of 35 millimeter anamorphic film and 65 millimeter IMAX film (same for The Dark Knight Rises).

“Film is the best way to capture an image and project that image,” Nolan told The Hollywood Reporter earlier this year. “It just is, hands down. That’s based on my assessment of what I’m seeing as a filmmaker.”

Even though Nolan continues to shoot on film, many movie theaters have thrown out their old film projectors in favor of digital ones, so even movies shot on film are often converted to a digital format before being shown. Some movie studios, including Interstellar distributor Paramount, have stopped releasing most major movies on film at all. But because Nolan has such massive clout on the heels of the Dark Knight trilogy, he was able to convince some movie theaters to show the movie on film projectors anyway.

Where can I watch Interstellar as Nolan intended?

To see the movie in all its glory, you’ll have to venture to one of the 41 special IMAX theaters that will show the movie using 70mm film projectors. These theaters will play the movie at ten times the resolution of regular theaters, and the sections shot using the IMAX cameras will fill up the entire massive screen. Around 200 other theaters will show the movie using more traditional 35mm projectors. To incentivize the use of projectors, Paramount is releasing Interstellar two days early at these theaters, on Wednesday, Nov. 5. You can find a list of theaters that will have the movie early on Interstellar’s website.

Are movie theaters happy about this?

No, because it’s extremely impractical. It was Hollywood’s movie studios that pushed theaters to make the expensive jump from film to digital in the first place. According to The Hollywood Reporter, some movie theater owners have been griping that it doesn’t make sense to drag old projectors out of storage for a single movie. One owner called the idea “a step back in time.” But others are using the unusual distribution schedule as a way to build hype for Interstellar and are ordering new projectors specifically for the film.

Will Interstellar mark a resurgence in the use of film?

Probably not. Digital movies are cheaper for studios to distribute and more reliable to operate for theaters. An increasing number of blockbuster films, such as Avatar, Skyfall and the Transformers movies are being shot using digital cameras. But the humble movie reel will continue to live on in independent theaters and could be an element of the next blockbuster Nolan dreams up, if he gets his way. 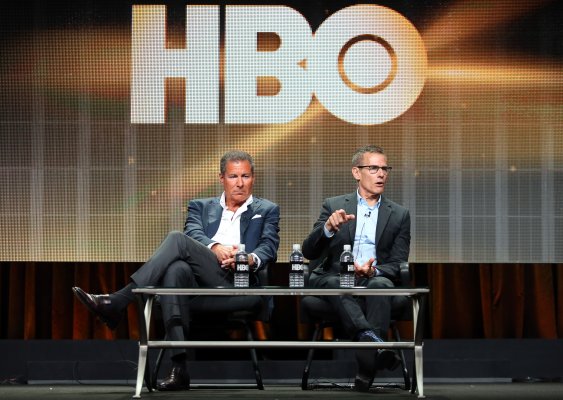 HBO Cuts the Wire
Next Up: Editor's Pick