The long, sharp beaks of hummingbirds serve a purpose other than probing flowers for nectar, a new study found.

Male long-billed hermits, which are large hummingbirds native to Central and South America, use their beaks to stab each other in the throat in territorial disputes, according to a study published recently in Behavioral Ecology. The male-against-male battles are part of a type of mating ritual called ‘lekking,’ which occurs in order to have space to mate with females.

“Once a female is in a territory, the male will court her with elaborate displays and songs. So in these species the males are constantly fighting to maintain the best territories,” Alejandro Rico-Guevara, the report’s co-author, said in a press release. “We show here the first evidence that bills are also being shaped by sexual selection through male-male combat.”

The findings suggest an alternative to the accepted theory that hummingbird beaks evolved to be so long and sharp because it helped them access flower nectar, according to the report. Instead, scientists believe that the reverse may be true: that flowers evolved in response to sharper, thinner hummingbird beaks. 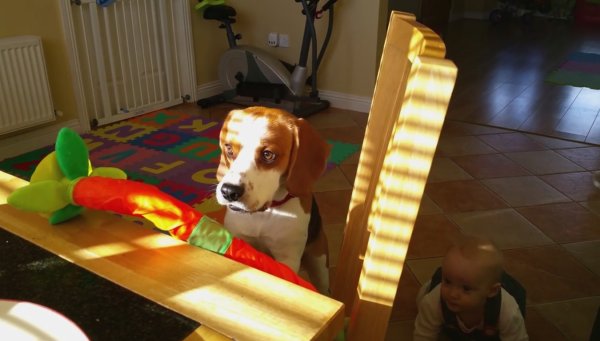 Charlie the Beagle Will Trade You His Toy for Your Breakfast
Next Up: Editor's Pick