Looking for a Bump in Your Paycheck? Here's Where to Look

Employers around the country are trying to fill roughly 4.7 million vacant positions, and that number grew by nearly 800,000 between the beginning and middle of 2014.

A whopping 96% of organizations told the Society for Human Resource Management they’ve hired full-time employees over the past year in the group’s new economic conditions survey. Two-thirds have hired part-time workers, and more than half have hired full- or part-time contract workers.

Although there has been plenty of commentary about a skills gap in the sciences and technological fields, the positions companies today are trying to fill vary widely. Six in 10 of hiring companies are adding administrative staff, more than half are hiring financial and accounting professionals and about half are looking to fill managerial or executive-level positions. Other hot job categories include IT and HR.

That said, it certainly wouldn’t hurt job-seekers to brush up on their skills. About half of companies today are looking for workers to bring new skills to the replacement jobs they’re filling, a figure that climbs to nearly three-quarters in the technology sector.

This requirement is making it tougher for companies to fill these positions, so applicants who have kept their skills up-to-date will go to the front of the line. Only 4% of companies say that it’s “very easy” today to fill full-time positions that require new skills, a sharp drop from the 16% who gave this response in SHRM’s 2010 survey.

Over that same time frame, the number of organizations who judge it “very difficult” to fill these positions climbed 9 percentage points. This gap is especially acute in manufacturing, where an increased reliance on robotics and high-tech production methods means factory floors offer fewer, but higher-skill jobs.

“The recession eliminated a lot of line jobs that weren’t as skilled,” says Jennifer Schramm, SHRM’s manager of workforce trends. “Now the jobs that remain need to manage those robotics and, of course, that’s a much higher skill set.

Over the past year, roughly two in five companies have increased salaries, and one-third have offered employees bonuses. (Read why that might not be so hot here.)

If you’re looking for a one-time or regular bump in your paycheck, check out jobs in the professional, scientific or technical services field: Nearly half offered either raises or bonuses in the past year.

More than 80% of hiring companies are replacing jobs that had been previously lost, but there’s plenty of opportunity for job-seekers to forge new ground: More than 60% are hiring for completely new positions, and two-thirds say they’re creating and filling more new positions today than they were a year ago, and over 40% are hiring people to replace existing jobs, but with new duties.

“It looks like getting the right credentials and education are important today and are going to be more important in the future,” Schramm says. Since companies are actually cutting back on how much they invest in worker training and education, that puts the onus on the job-seeker to pay for those certifications or degrees on their own.

Since education is already pricey and getting even more expensive, make sure your educational investment will give you what you need to move ahead in your career. “The trajectory is that more credentials and education are needed today than were in the past across all job categories,” she says. 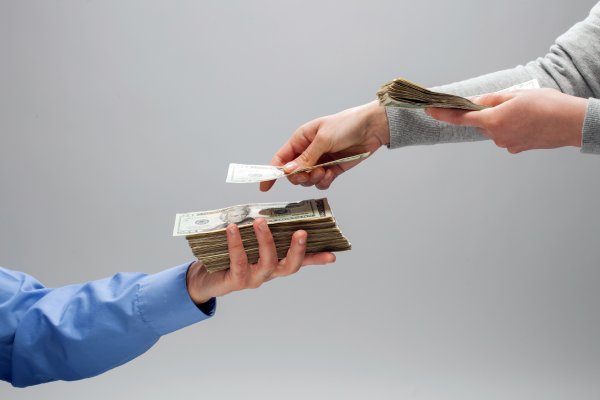 5 Holiday Spending Mistakes That Can Kill Your Credit
Next Up: Editor's Pick