5 Things You Didn't Know Sex Could Do for Your Career

You’ve probably heard the saying “sex sells,” which is why sexy images appear so often in advertisements. But did you know sex can also improve your business and boost your career?

We often think of our business and personal lives as two entirely separate spheres, but in fact what happens at home and what happens at work often have overlapping effects. For instance, a stressful day at work can often send you home cranky, and workplace stress can elevate your blood pressure and cause everything from headaches to insomnia.

Similarly, happiness at home can have a calming effect at work, helping you make more clear-headed decisions and making you less likely to fall ill or feel overwhelmed with stress. Sure, sex sells, but it also has the power to improve your 9-to-5 life, whether you’re a worker bee or the boss. Here are just a few ways a good sex life can turn your career around:

1. People who have sex get paid more. Apparently there are some outside-of-the-bedroom perks for having more sex. One of those perks is a higher paycheck, at least according to research from the Institute for the Study of Labor. The study found people who have sex at least four times a week make more money than their peers who get less busy. It seems the correlation lies in how those who have more sex tend to be both happier and healthier, leading to more enthusiasm at work, better decisions, and less discrimination, which in turn leads to higher paychecks.

2. Sex reduces stress and prolongs health. Sex is a major stress reduction agent, which means better health and fewer sick days. According to the book Your Doctor is Wrong by Sharon Norling, frequent orgasms can increase life expectancy by three to eight years. Plus, a study by Arizona State University showed sexual behavior with a partner correlated with lower negative mood and higher positive mood the following day in middle-aged women.

3. Sex produces immune system-boosting hormones, resulting in fewer sick days. Dehydroepiandrosterone (DHEA) is a hormone released during sexual encounters, and it has a whole host of benefits. Some of these include health benefits like reducing symptoms in women with lupus and alleviating depression. In fact, DHEA can even take years off your real age. According to a study by the Royal Edinburgh Hospital, people in their 40s who reported having 50 percent or more sex than their peers also appeared to be about seven to 13 years younger than their actual age when judged by a panel of strangers.

5. Entrepreneurship can actually improve your sex life. Taking control of your own destiny by becoming an entrepreneur can be empowering–and it can empower more than just your career prospects. A recent survey of entrepreneurs found 14 percent reported having more sex after ditching their 9-to-5 job. So it works both ways–more sex can help your career with better health and higher wages, and finally breaking out on your own and following your entrepreneurial dreams can lead to more sex.

You might think your career and your sex life are completely separate entities, but what happens at home and at work can often intersect in interesting ways. By spending more time with your partner, you’ll actually be improving your chances of getting that promotion or taking your business to the next level. 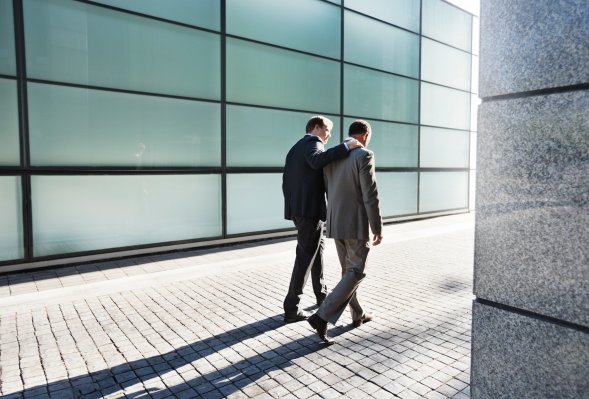 Here's What Basically Everybody Gets Wrong at Work
Next Up: Editor's Pick