No, Brittany Maynard Did Not Commit Suicide

The past few days have been filled with news that terminally ill 29-year-old, Brittany Maynard, has ended her life with medication prescribed by her physician. She did so under legal physician assisted suicide provisions in the state of Oregon. Had Maynard not taken the medication, she would not have lived much longer, and the final moments of her life would likely have been painfully debilitating, as her brain cancer took over.

In the weeks leading up to her death, Maynard succeeded in not only completing her “bucket list” but also in sparking a national discussion on “death with dignity,” or what is commonly called physician assisted suicide.

Admittedly, I thought the matter was settled in my mind before Brittany’s story became a daily topic. Until Brittany I was absolutely, positively against the idea that physician assisted suicide should be legal. However—and here’s another of Brittany’s accomplishments these past few weeks—I don’t feel the way I did a few weeks ago.

Part of my shift has been because of the discussion and reasoning that came from Brittany herself, and part has been from some of the judgmental condemnation I’ve seen of Brittany online—judgmental attitudes that caused me to re-think my association with that side of the issue. However, the real shift in my thinking came from sitting in my rocking chair next to my wood stove late in the evening, watching a program about iconic photography from the terrorist attacks of 9-11.

One of the most recognized images from the terrorist attacks is an image that has been called “The Falling Man” by Richard Drew, and I’m sure you probably recognize it. The image is of an unidentified man who was trapped on one of the upper levels of the Trade Center, and ultimately made the decision to jump to his death instead of being burned alive or suffocated by smoke.

I can’t imagine making that choice. I’ve tried, but I can’t.

There are no exact numbers, but some have estimated that upwards of 200 people made that difficult choice—choosing to jump instead of dying by fire or smoke.

On one hand, one could say these people took their own lives—that they committed suicide—but that wouldn’t really be fair, would it? NYC officials didn’t think so either, and had their deaths classified as homicide by blunt force trauma instead of suicide. A spokesman for the NYC medical examiners office stated:

The Falling Man, and others like him, didn’t have a real choice to live or die—they only had a choice in which way they died: smoke and fire, or by falling. For their children to have to walk through life saying, “my dad committed suicide” is less than fair and completely untrue—they didn’t choose to die (the very definition of suicide), they just chose how they died.

This is precisely why I’m losing my patience with my fellow Christians who are condemning Brittany Maynard for her decision to take the pills her doctor prescribed her. Brittany didn’t wake up one morning and say “I hate my life and I’m going to kill myself,” just like those who jumped on 9-11 didn’t step up to the ledge and jump because they were in debt or trapped in a bad marriage.

It seems disingenuous to force someone to choose between two ways of dying and then turn on them in judgement for picking the least painful of the two options.

Like the 9-11 jumpers, Brittany didn’t have a choice in dying, she only had a choice in how she died. You see, there are people like Brittany—terminally ill with imminent death looming—who are essentially trapped in a burning building from which there is no way of escaping with their lives. For some of these people, the idea of being burned alive or having to inhale smoke until death overcomes them becomes less appealing than stepping up to the ledge and accepting a quicker, less painful fate.

In all the years since 9-11, I’ve never once heard a Christian speak up in judgement and condemnation over the 9-11 jumpers. I’ve never heard someone say they sinned because they “hastened death instead of accepting God’s timing.” I’ve never heard anyone say that failing to condemn their choice is a “slippery slope that could send the message that suicide is okay.” All I’ve ever heard about the 9-11 jumpers is how difficult their choice must have been, and how sad it is that their lives were taken by terrorism.

Why then, should we say those things about Brittany—or those who choose to die more quickly and less painfully in response to a terminal disease—a death sentence that becomes their burning building? It’s not a choice to die (suicide). It’s just a choice to pick the most painless way to die.

Christians should be the people who are the least judgmental and the most compassionate—the ones who recognize the truth that while the 9-11 jumpers didn’t commit suicide, Brittany Maynard didn’t, either.

She died because of terminal cancer, and that is very, very sad.

Benjamin L. Corey, is an Anabaptist author, speaker, and blogger. His first book, Undiluted: Rediscovering the Radical Message of Jesus, is available now at your local bookstore. 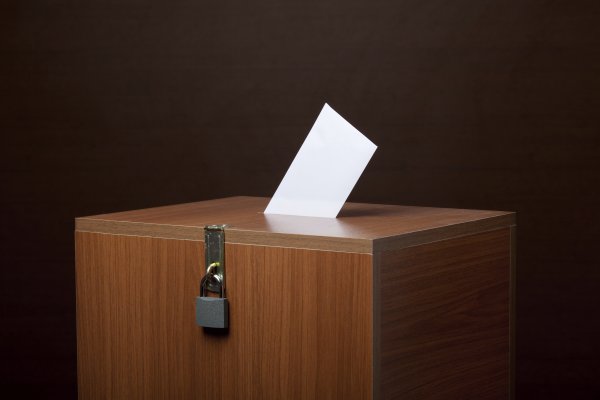 Let's Leave the Bible Out of the Ballot Box
Next Up: Editor's Pick