Everything You Need to Know About Uber

In this photo illustration the new smart phone taxi app 'Uber' shows how to select a pick up location at Atocha Station on October 14, 2014 in Madrid, Spain.
Pablo Blazquez Dominguez—Getty Images
By John Patrick Pullen

On Saturday, Nov., 1, when Gabrielle Wathen was looking over the receipts from the night before, the 26-year-old was stunned by the $326 she paid for a ride home on Uber, according to a story on Business Insider. But should she have been? To be sure, that’s high fare for a 20-minute ride through Baltimore, but it was subject to to the popular ride-sharing service’s “surge pricing,” so what did she expect?

Indeed, Wathen’s story was mostly noteworthy because she attempted to reimburse herself by launching a (now deleted) crowdfunding campaign. She’s since written the campaign was set up as a joke among friends. Still, more than a million people worldwide use the extremely popular car-hailing service every week. Before you become one of them, here’s what you should know.

To passengers, Uber is essentially synonymous with taxis, and to drivers, it’s basically a referral service. The Android, iOS and Windows Phone app connects riders with drivers using their phone’s GPS capabilities, letting both parties know one another’s location and removing the question of when the ride will actually arrive. In addition, the tech company also processes all payments involved, charging the passenger’s credit card, taking a cut for itself (which ranges from 5% to 20%), and direct depositing the remaining money into the driver’s account, all in the background and completely cashless.

Depending on availability, Uber also offers several different levels of service. The service’s lowest-cost option, UberX, runs in everyday cars like the Toyota Prius. Uber Black is the company’s original service, costing a bit more but running in high-end town cars with professional drivers. Uber SUV is precisely what it sounds like, charging a premium for a larger vehicle. Uber LUX is the top-of-the-line option, operating in posh rides like Porsche Panameras and BMW 7 series sedans.

Who drives for Uber?

Uber requires that its drivers pass a DMV and background check. They also must have their own car and it must be insured. Because of these minimal requirements, the service attracts an eclectic array of people. For example, one time in Seattle, I was picked up by a part-time biomedical engineer who moonlit as a rideshare driver to pay for his Tesla Model S (which he used as his Uber vehicle). Alternatively, my most recent ride was with Tony, a professional car service driver originally from Africa, who was using Uber as a full-time job to support his family.

In addition, the company has developed an Uber Taxi service that has been tested in multiple cities, and can be used by cabs (dependent on local regulations). But since UberX boasts rates that are 26 percent lower than taxis, on average, you can imagine this isn’t a fixture you’re likely to find next to the typical cab meter.

Where does Uber operate?

In 45 countries and cities from Abu Dhabi to Zurich, the company’s reach is staggering and its effect is unifying. If you know how to hail an Uber in Akron, Ohio you can also figure it out in TaiPei, Taiwan. Still, in the U.S., where regulations vary by city, county, and state, the service hasn’t been allowed everywhere. For example, though it is legal to sleep on the sidewalk in Portland, Ore., you cannot hail an Uber there.

When does Uber Run?

Uber fancies itself more as a platform and less as an employer, so that’s really a question for the drivers—and essentially, it’s an issue of demand. In a 24-hour-per-day city like New York, there’s always someone looking for a ride. But in smaller Uber bergs like Blacksburg, Virg., the app is likely a dead zone in the middle of the night. Still, if you fire up the app and can see a car on the map, there’s one nearby. Hail the ride and you’ll get a fairly accurate estimated time of arrival. This Uber feature is a major draw, and compared to calling a taxi dispatcher and being given a rough estimate for arrival, there’s no surprise why the service is doing so well.

Why is Uber so popular?

Much more than a catchy name, Uber has managed to capture its share of the market through a great app, excellent social media marketing, and aggressive courting of drivers. The background technology is remarkable, connecting riders and drivers with a smooth interface that rarely reports errors. It also has the potential to do much more than offer rides — in bringing flu shots, ice cream, and even kittens to users’ doors, it’s shown the ability to be a groundbreaking delivery service, too. However, Uber has also been criticized for allegedly questionable tactics in trying to woo drivers away from Lyft, its major competitor.

How much does Uber cost?

That’s the magic question, isn’t it? The answer, generally, is “less,” but the math isn’t easy to explain. Each ride has a base fare, and then a per-minute and per-mile charge is added on top of that. Just like with taxis, every city has a different price. This page shows every Uber destination, and clicking on the location will provide an explanation of its standard fares. Fare estimates can be quoted in advance through the app, but additional charges like tolls and cleaning fees (for any unfortunate accidents) can also be added to the bill.

In addition, operating on supply and demand principles, Uber’s pricing can be subject to “surge” pricing, which can increase the rates considerably. According to Uber’s website, the company uses surge pricing to encourage more drivers to get out and drive during busy times. Critics, however, called it price gouging this past winter when rates increased by a factor of eight during a blizzard. For its part, Uber has since amended its policy, saying it will no longer charge surge rates during natural emergencies. But supernatural emergencies — like getting home after a Halloween party — those are still fair game. 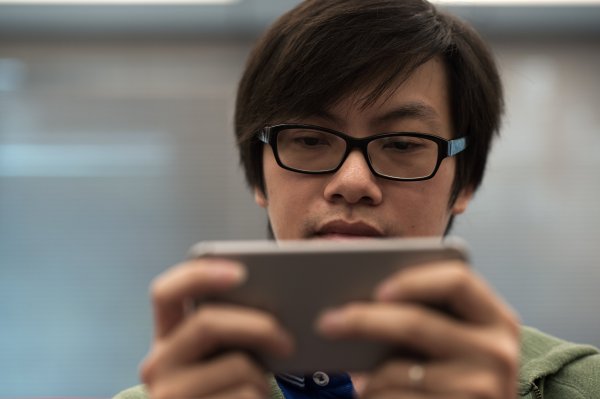 The 5 Best Smartphone Apps You Can't Miss This Week
Next Up: Editor's Pick