Biden: Kansas Independent 'Will Be With Us'

One of the more intriguing possibilities on Election Day is a tie in the Senate with Kansas Independent Greg Orman as the kingmaker. While Orman has not said who he would caucus with should he beat incumbent GOP Senator Pat Roberts, Vice President Joe Biden said Tuesday that he’s confident that Orman will join the Democrats.

“We have a chance of picking up an independent who will be with us in the state of Kansas,” said Biden in a radio interview with WPLR, a Connecticut radio station. Biden added that he thinks Senate Democrats will hold the majority with about 52 senators, with victories in North Carolina, Georgia, Louisiana, New Hampshire and Alaska.

Biden’s comments play into the Republicans’ narrative that Orman is really a Democrat. Republican National Committee Chairman Reince Priebus has said it’s “impossible” that he would caucus with the GOP, even though Orman has maintained that he would align with whoever wins the majority.

Still, the odds are that the Senate won’t come down to Orman, since most forecasters expect Republicans to win more than enough seats to take the majority with or without the Kansas independent.

Orman campaign manager Jim Jonas said in an emailed statement that the candidate has “never spoken to the Vice President in his life.”

“Greg is an Independent, and he’s not going to Washington [to] represent the Democrats or the Republicans—he’s going to represent the people of Kansas,” added Jonas. 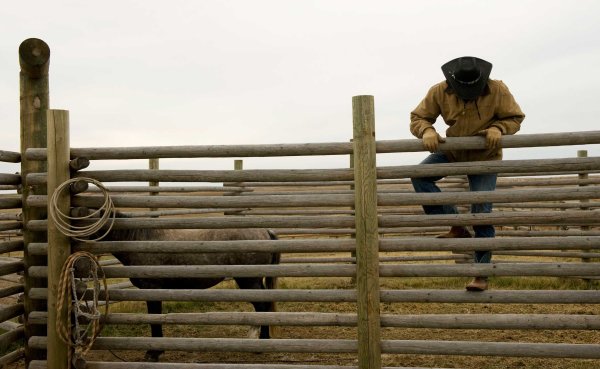 This Tiny Election Could Have a Big Impact on the Oil Industry
Next Up: Editor's Pick