New research projects across the country dedicated to solving ALS, also known as Lou Gehrig’s disease, have begun to receive millions of dollars in additional funding thanks to this year’s Ice Bucket Challenge. The funding marks the ALS Association’s first move toward distributing the $115 million it raised to fight the disease.

“We are tripling the amount annually that we spend on research,” said ALS Association President Barbara Newhouse. “We have a sense of urgency, but we also we recognize that we have to be good stewards of the donor dollars as we move this forward as quickly as researchers can research.”

Some of the first projects to receive funding include one trying to sequence the genes of 15,000 people with ALS, one partnering with pharmaceutical companies to advance drug treatment, and one developing gene therapy that might reduce the spread of the disease through the body. Hospitals and labs around the world that have received funding are Cedars-Sinai in Los Angeles, the University of California San Francisco, the New York Genome Center and others. The ALS Association has distributed more than $20 million so far and has committed to seeing any project it’s funded through to completion.

In addition to funding research, the Ice Bucket Challenge money will be used to improve treatment for people living with disease, Newhouse said.

Despite the organization’s now-deeper pockets, Newhouse insists that it will take time before the group will determine fully how to best leverage its influx in cash. Newhouse said she’s been “inundated with proposals” for research projects, and they continue to arrive in her inbox.

“It’s been amazing how many people have come out of the woodwork to say ‘I have the answer,’” she said. “We’re trying to sort through what’s fact and what’s fiction.”

And, while $100 million represents a marked increase in funding for the fight against ALS, Newhouse said it’s more of a starting point than the key to a solution.

Newhouse thinks the funding could lead to a breakthrough—”I’m always a glass half-full kind of person,” she said. “But we would be kidding ourselves if anybody believed that $100 million is going to be all that’s needed to find an effective treatment.” 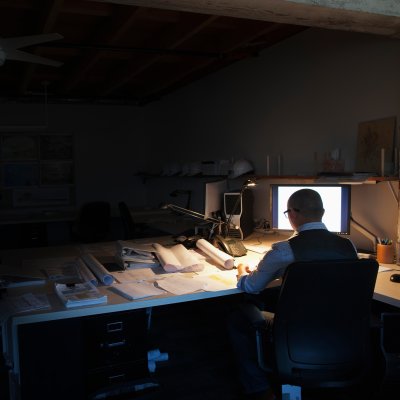 This Is Your Brain on 10 Years of Working the Night Shift
Next Up: Editor's Pick