The head of Britain’s equivalent of the NSA has said that U.S. technology firms that dominate the Internet must contribute more to the battle against violent extremism and child exploitation.

Robert Hannigan, the new head of Government Communications Headquarters, has accused Internet firms of being “in denial” over the role they play in crime and terrorism, demanding they work with security services to combat the growth of groups like the Islamic State of Iraq and Greater Syria (ISIS).

Writing in the Financial Times on Tuesday, Hannigan says that unlike other extremist groups, including al-Qaeda, ISIS has “embraced the web” and grown increasingly savvy in improving the security of their communications.

While technology companies may aspire to stand outside politics, their services increasingly facilitate crime and terrorism, argues Hannigan. “However much they may dislike it, they have become the command-and-control networks of choice for terrorists and criminals, who find their services as transformational as the rest of us,” he adds.

He says U.K. security agencies need better support from “the largest U.S. technology companies which dominate the web” and calls for greater cooperation, adding that most Internet users would prefer “a better, more sustainable relationship between the agencies and the technology companies.” 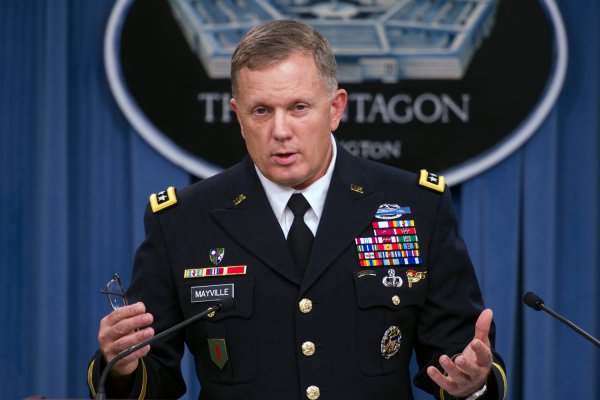 U.S. Military Vigilant Over ISIS-Inspired Attacks
Next Up: Editor's Pick