Google unveiled a new Google Calendar app Monday, featuring enhanced convenience and a new layout, according to a blog post. The new app is available now on the latest Android operating system, while an update for older versions of Android as well as for iPhone is in the works.

One of the biggest changes in the new Google Calendar app is that e-mails will integrate seamlessly into the calendar. If you get an e-mail confirmation for a flight, hotel reservation or any other scheduling notification, Google Calendar will automatically pull in the details, so you no longer have to flip between apps or screens to copy and paste the details. Events also will be updated in real time, so if your flight gets delayed, for example, Google Calendar just might know about it before you.

Another convenient addition is a feature called Assists, which is like Google Search’s auto-complete, only that it provides suggestions as you type in names, places and events, like “Central Park” or “Birthday dinner.”

The finishing touch is a new layout called Schedule View, which adds illustrations, photos and maps to your events if you only have a second to glance at your calendar. Or, as Google says, Schedule View could just “bring a little extra beauty to your day.”

The new Google Calendar features are now available for free on Android 5.0 Lollipop, the latest Google-designed Android operating system which began rolling out Monday, according to Android’s blog. Android 4.1+ devices will able to tap into the new Google Calendar app via a Google Play update, which will become available in the next few weeks. Google added that an iPhone version is in the works. 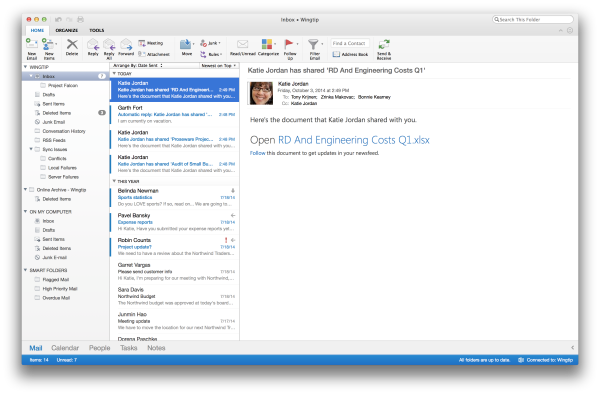 Microsoft to Mac Users: Happy Halloween, Here's a New Outlook for Mac
Next Up: Editor's Pick