Here Are the 7 Most Memorable Political Ads of 2014

More than 900,000 campaign ads aired on TV this election cycle just in races for the U.S. Senate alone. Given the sheer volume, then, it’s amazing that any of them break through the clutter.

Some ads got attention for being scary, desperate or just outright dishonest. But others managed to break through by being funny — intentionally or not — or clever or hitting the viewers’ emotions just right.

Here’s a look at seven of the most memorable ads of the 2014 elections.

“I grew up castrating hogs on an Iowa farm, so when I get to Washington, I’ll know how to cut pork.” Joni Ernst’s ballsy first TV ad launched her from a relative unknown to the Republican Senate candidate in Iowa and a political name on the national stage. According to the Washington Post, the ad got 400,000 views in its first three days on YouTube. Now, seven months later, she’s still known as the candidate who used to castrate pigs.

Michigan Republican Senate hopeful Terri Lynn Land’s first TV ad was most unusual for what it did not say, and became memorable for all the wrong reasons. Mocking the idea that she was part of a “war on women,” Land asks viewers to “think about that for a moment” while she sips her coffee for an agonizingly slow 12 seconds of silence. The ad was meant to be sarcastic and clever, but it was roundly ridiculed, even by members of Land’s own party.

Republican David Perdue’s first ad in the Georgia Senate race accused various national politicians of being crybabies by portraying them as actual babies. While criticizing Congress for being childish and ineffectual isn’t a groundbreaking campaign strategy, the image of a crying infant sucking on a stethoscope with “Paul” on his shirt (meaning Kentucky Senator Rand Paul, an ophthalmologist) certainly stuck with viewers.

An ad for Republican Minority Leader Mitch McConnell went against the grain. Not only was it a full minute long (an eternity in TV ad time), but it also skipped the hot-button issues to focus on a Kentucky woman who got help from McConnell in getting her daughter back from an ex-husband. “I can’t even talk about him without getting emotional,” she says of McConnell as her eyes fill with tears. The emotionally affecting ad was aimed at softening the image of the often-stiff pol, and it worked.

Every election, candidates try to signify their local ties with a quirky hobby. This time, it was Alaska Sen. Mark Begich riding a snowmobile and West Virginia state Senate candidate Duane Zobrist kayaking and engaging in some light falconry. But neither holds a candle to Louisiana Senate candidate Rob Maness, who deftly bound the jaws of an alligator while making an extended metaphor about career politicians in Washington in this ad.

These days, when a candidate says they’re shooting an ad, you have to wonder if they mean it literally. Ever since West Virginia Sen. Joe Manchin won election with an ad where he shot a bull’s eye at a cap and trade bill, candidates have been taking up arms. The most memorable this time around was Kentucky Secretary of State Alison Lundergan Grimes, who went skeet-shooting to showcase her differences with President Barack Obama. The ad was a two-fer, since she also poked fun at McConnell’s own awkward gun handling.

7. J.D. Winteregg “When The Moment Is Right”

OK, so technically this was a viral video and not really an ad. And yes, it makes a pretty tacky joke about Speaker John Boehner’s last name, saying he has a case of “electile dysfunction.” But considering the odds facing Republican J.D. Winteregg, the fact that anyone at all was talking about this goofy video shows that the strategy worked. Winteregg got only 23% in the GOP primary, though, so Boehner got the last laugh. 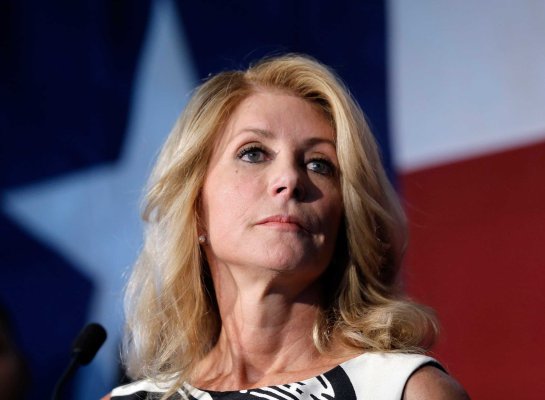 2014 Campaigns Get Desperate
Next Up: Editor's Pick