Rihanna’s six-month absence from Instagram left a gaping hole in the photo feeds of her more than 12 million followers. Gone were the sultry selfies, the memes and the glamour shots. What was once a daily constant vanished without warning, as though it had never existed at all.

But the hiatus ended yesterday, when the singer posted an upside-down selfie, several photos of herself dressed as a Teenage Mutant Ninja Turtle, and a drawing of her stick-figure avatar holding hands with the Instagram logo. The drawing appears to be a symbol of her reconciliation with the photo-sharing service, which suspended her account in May after she posted topless photos of herself from the French magazine Lui. Though Instagram quickly reactivated her account (without the Lui photos), Rihanna took down the account and moved the show to Twitter.

The feeling appears to be mutual, as Instagram welcomed her back to the community in a tweet this weekend:

Rihanna’s not the only celebrity to take issue with Instagram’s Community Guidelines, which include the rule, “Keep your clothes on.” Last week, Chelsea Handler protested the removal of a topless photo she posted, calling the move sexist. “If a man posts a photo of his nipples, it’s ok,” she tweeted, “but not a woman?” Despite the criticism, Instagram doesn’t seem likely to budge on its policy, citing a desire to adhere to the App Store’s rules about “nudity and mature content.”

In a roundup of the best rock-star Instagram accounts, Rolling Stone captured the essence of Rihanna’s feed. “When Rihanna’s Instagram isn’t fueling headlines or starting beefs, the account is an engrossing look at the life of a 25-year-old girl who’s having a lot more fun than you are.” Welcome back, Rihanna. We hope you’ll stay awhile. 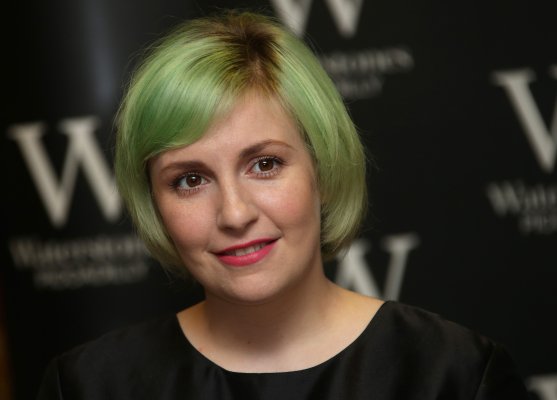 Lena Dunham Goes on 'Rage Spiral' After Abuse Allegations
Next Up: Editor's Pick