Where the Next Financial Crisis Will Come From

The next financial crisis won’t come from the banking sector. That’s the message implicit in the latest report on the global financial sector from the Financial Stability Board, the group that monitors what’s happening with the world’s money flow. Instead, it’s very likely to come from the massive and growing “shadow banking” sector—an area mostly untouched by our government regulators.

New numbers show that the shadow banking industry—which includes everything from money market funds to real-estate trusts to hedge funds—grew by a whopping $5 trillion in 2013 to $75 trillion. If you look at the sector as a percentage of the global economy, that’s nearly what is was pre-crisis, back in 2007.

That means many of the risks that used to be held on bank balance sheets have moved to the non-regulated areas of finance. This says a number of important things. First and perhaps most importantly, all the backslapping in Washington about how much “safer” our banking system is now than it was six years ago is meaningless. While banks are still plenty risky, increasingly, new financial risk isn’t being held in banks — it’s being held in places that regulators can’t see it. (see my debate with Treasury over that fact here.) That Dodd-Frank financial regulation wasn’t able to do more about this is a real pity.

One of the ways that you can already see how the shadow-banking sector is influencing the financial markets is in margin debt. That’s a measure of the amount of debt that investors are using to buy stocks – and right now, New York Stock Exchange margin debt is at record highs; some think that’s because hedge funds have become such huge market players, in some cases as large or larger than banks in terms of their influence. Margin debt at record highs is scary for many reasons, one of which is that when there’s a lot of margin debt and the market turns, it speeds up a fall, leading to the kind of snowball effect that can lead to a market crash.

While that won’t necessarily happen any time soon, it’s worth remembering that debt itself is always the best predictor of financial crisis. As plenty of research shows, over the last two hundred years or so, every single financial crisis has been preceded by a big increase in debt levels. The growth in the shadow banking sector means we now know less, not more, than we did about who’s holding debt than before the financial crisis of 2008. That’s something we should all be worried about. 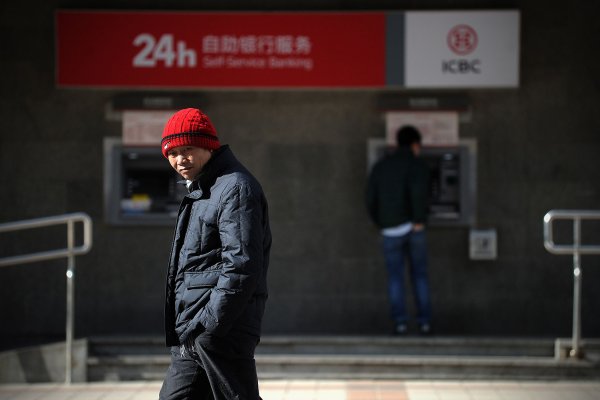 Why You Need to Worry about China’s Shadow Banking
Next Up: Editor's Pick