Taylor Swift will embark on a world tour to promote her album 1989 in May 2015, covering 25 states, four Canadian provinces, and a total of five countries. Not included on the sprawling list of stops? New York City, for which Swift is just one week into her stint as Global Welcome Ambassador.

Despite the unexpected omission, Swift’s tour will be a doozy. Kicking off in Louisiana, she’ll zigzag across the U.S., Canada and Europe before embarking on an Australian leg in December. She’ll be supported by two opening acts, Australian singer-songwriter Vance Joy and Canadian singer Shawn Mendes. Revenue predictions are, unsurprisingly, off the charts: Her last tour, for the 2012 album Red, was the highest-grossing country tour of all time, raking in revenues of more than $150 million. Considering Swift’s crossover into pop and 1989’s astronomical first-week sales, it would come as no surprise if this tour claimed new records of its own.

Swift may be successful in helping to draw tourists to New York City, but they’ll be out of luck if they’re hoping to see their ambassador perform while they’re in town. They’ll have to go to New Jersey for that. 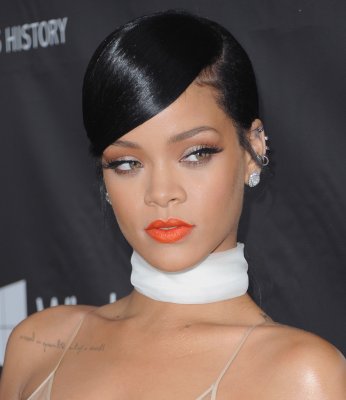 Rihanna Makes Triumphant Return to Instagram After Six-Month Hiatus
Next Up: Editor's Pick