Republicans entered the last day of the midterm election campaign Monday with momentum breaking in their favor, as a series of polls indicated they were likely to win enough key races to recapture the Senate majority for the first time since 2006.

“I think the wind is at our back,” Kentucky Republican Sen. Rand Paul said Sunday on CNN’s State of the Union. “I think people are ready for new leadership.”

A fresh batch of surveys from local polls had plenty of good news for the GOP. In Iowa’s hard-fought Senate race, a Des Moines Register survey released over the weekend showed Republican Joni Ernst opening up a seven-point lead over Democratic Rep. Bruce Braley. And NBC/Marist polls showed Republican candidates beating their Democratic opponents in Kentucky, Georgia and Louisiana.

After back-to-back election cycles, in which Republicans blew their shot at the Senate majority by losing winnable races behind flawed candidates, GOP operatives smelled victory. A top party official called Senate Minority Leader Mitch McConnell on Saturday to tell him he’ll soon be Majority Leader, the New York Times reports. Republicans are widely expected to expand their majority in the House.

Still, many races remain within the margin of error, and both parties are preparing for the possibility that control of the Senate might not be decided for weeks if the races in Georgia and Louisiana head to run-offs. Vice President Joe Biden said predictions of Democrats losing the Senate will prove wrong.

“I don’t agree with the oddsmakers,” Biden told CNN in an interview that aired Monday. “I predict we’re gonna… keep the Senate.”

And President Barack Obama made a last-ditch plea to Democratic voters, who typically vote in smaller numbers during midterm election cycles, not to sit on the sidelines.

“This is straightforward. I got a simple message: We got to vote,” he told more than 5,000 people in Philadelphia during a rally for Pennsylvania’s Democratic candidate for governor. “Vote, vote, vote, vote, vote.”

Read next: This Super PAC Was Behind 1 Out of Every 20 Senate Ads 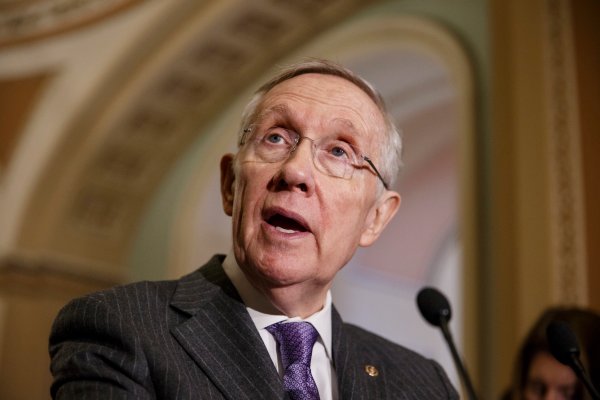 One Super PAC Was Behind 1 Out of Every 20 Senate Ads
Next Up: Editor's Pick