Watch the Entire NYC Marathon in Under 3 Minutes

By Nolan Feeney and Julia Lull

A record-setting 50,881 runners from all over the world pushed through unusually strong winds as they took part in the 44th edition of the New York City Marathon on Sunday, the Associated Press reports.

It was so windy, in fact, that the wheelchair race had to start at the three-mile mark, as it was unsafe to wheel across the Verrazano-Narrows Bridge.

Kenyans Wilson Kipsang and Mary Keitany were the fastest man and woman, respectively, to win the race, which started in Staten Island and snaked through Brooklyn, Queens, Manhattan and the Bronx before finishing in Central Park.

TIME set up a video camera overlooking the marathon course on 1st Avenue and 87th Street, about halfway between the 17-mile and 18-mile point, and recorded runners from 9:30am to 4:30pm. Don’t worry though, the video is compressed into a time-saving two-and-a-half-minute length.

Write to Nolan Feeney at nolan.feeney@time.com and Julia Lull at julia.lull@time.com. 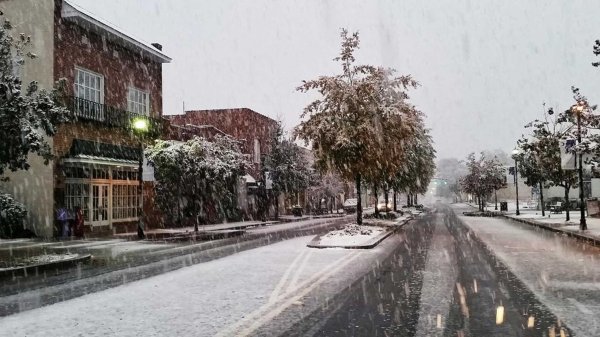 Winter Comes Early to Eastern U.S.
Next Up: Editor's Pick