Does Beyoncé Have Another Surprise Album Coming?

It’s coming up to one year since Beyoncé dropped a visual album out of nowhere and caused the Internet to freak out. Now, the TIME 100 cover star just might celebrate the feat by doing it all again — if an unverified photo that’s making the rounds online has any truth to it.

According to the image, which could just be an overzealous fan’s cruel hoax, Beyoncé is re-releasing her self-titled surprise album with 10 new songs (plus the previously released “Flawless” remix with Nicki Minaj) and three DVDS of video content (including new music videos and an HBO special of her tour with husband Jay Z).

Scanning the photo for signs of legitimacy only offers a few clues. There are suspicious red flags; the physical release is set for Monday, Nov. 25, which is actually a Tuesday, but then again, working at a record label doesn’t make you immune to typos. There are hopeful signs too, though; the songs “DONK” and “Cherry” are reportedly real titles registered with the American Society of Composers, Authors and Publishers, but fans mix confirmed titles and made-up ones all the time when dreaming up fake track lists. The letterhead and formatting also look professional, but any fan poking around the ASCAP website trying to legitimize a prank is probably well-versed in Photoshop, too.

The most compelling evidence at this point is an Amazon listing that is also four discs and slated for a Nov. 24 release. There aren’t many details on the site (though there are more than a hundred customer reviews already), which means there’s a chance what actually arrives could differ from what the photo suggests is coming.

Rumors of the “Flawless” remix preceded its arrival, so the secrecy surrounding the first visual album may be hard to recapture now that fans know what Beyoncé is capable of. But that doesn’t really put a damper on the excitement, either. Hoax or not, the image is a reminder that Beyoncé could spend the rest of her career just dropping new music whenever she feels like, at any hour of the day, any day of the week, with any number of visual goodies. And that’s as thrilling, if not more so, than getting new Beyoncé music in the first place. So get ready to spend Thanksgiving, Christmas and New Year’s Eve with one eye on your phone — no one is safe in Beyoncé’s America. 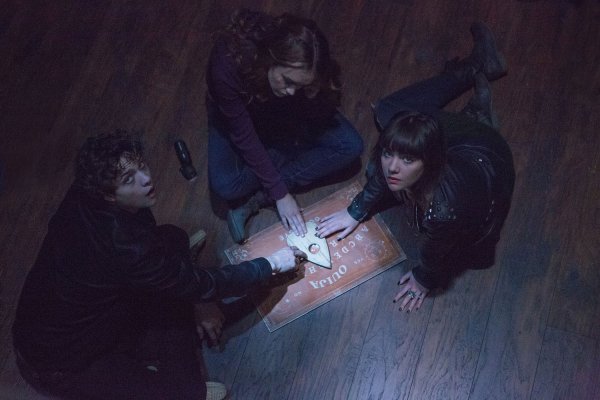 Halloween Fails To Scare Up Box Office Business
Next Up: Editor's Pick