There are all sorts of things you could give up for Lent: selfies, trolling on Tinder, binge-watching mind-numbing Bravo shows, carbs, etc. But one guy decided to go back to basics by simply giving up food — and surviving on beer instead.

For the past 19 days, Toronto resident Chris Schryer has consumed beer for every meal — and plans to do so until Lent ends on April 17. His friend penned a column about the experience for QMI News Agency, explaining that Schryer “has given up solid food for Lent in emulation of the monastic order who created Dopplebock in Bavaria in the 17th century.”

Don’t worry, though: Schryer is also drinking water, juice and tea during his fast to keep hydrated and avoid, you know, getting wasted. He’s just getting his nutrients from beer — which he made at a Toronto brewery. He used oats to provide nutrition through their proteins and unfermentable sugars, though he initially considered using seaweed.

Schryer has also been writing about his beer diet on his blog, where he addresses topics like alcoholism and his deeper reasons behind his fast. 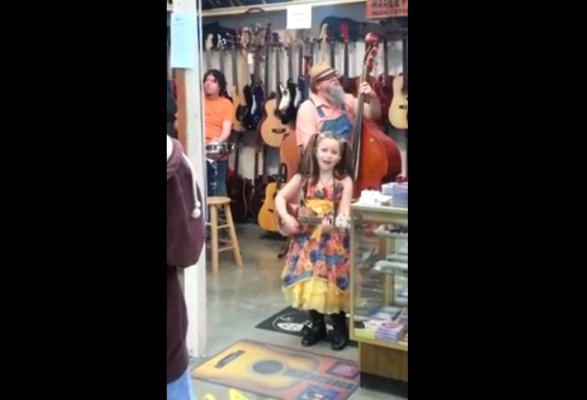 No One Can Sing the Blues Like This Little Girl Performing at a Flea Market
Next Up: Editor's Pick