Greenhouse gas emissions may have to cease by the end of the century to keep global temperatures from reaching levels many scientists consider dangerous, the United Nations’ latest climate assessment suggests.

“Science has spoken,” U.N. Secretary General Ban Ki-moon said in Copenhagen at Sunday’s launch of the fourth and final report by the Intergovernmental Panel on Climate Change (IPCC), CBS News reports. “There is no ambiguity in their message. Leaders must act. Time is not on our side.”

The IPCC assessment, which incorporated the findings of three other reports over the past 13 months, reaffirms with 95% certainty that global climate change is both real and a mostly man-made problem — a conclusion it shared in an earlier report. The entire project, which reviewed approximately 30,000 studies about climate, also suggests that if greenhouse gas emissions continue without intervention, there could be “irreversible” impacts, such as rising sea levels, more frequent heat waves and even a change in the human population’s male-female ratio.

To halt climate change, countries around the world will have to wean themselves off fossil fuels, which emit greenhouse gases when burned, in favor of more sustainable and environmentally friendly energy sources, the IPCC report concluded. Last month, leaders of 28 European nations agreed to cut greenhouse gas emissions to at least 40 percent of 1990 levels by the year 2030.

“We have the means to limit climate change,” said Rajendra Pachauri, the chairman of the IPCC. “All we need is the will to change, which we trust will be motivated by knowledge and an understanding of the science of climate change.”

Meteorologists already reported last month that 2014 could be the hottest year on record. If climate change continues, billions of dollars in seaside property could be destroyed, while some states could see crop yields drop by as much as 70%. Climate change could also likely cause a rise in various infectious diseases, world hunger, respiratory problems and heat-related illnesses, such as cardiac arrest and heat stroke.

The report’s findings contrast with the American public perception of climate change. Only 54 percent of people in the U.S. this summer reported that they believe current climate change is caused by human activity. In September, however, thousands of people took to the streets of New York City to put pressure on world leaders during the People’s Climate March, one of the largest environmental events ever.

In a statement about the latest report, U.S. Secretary of State John Kerry said, “Those who choose to ignore or dispute the science so clearly laid out in this report do so at a great risk for all of us and for our kids and grandkids.” 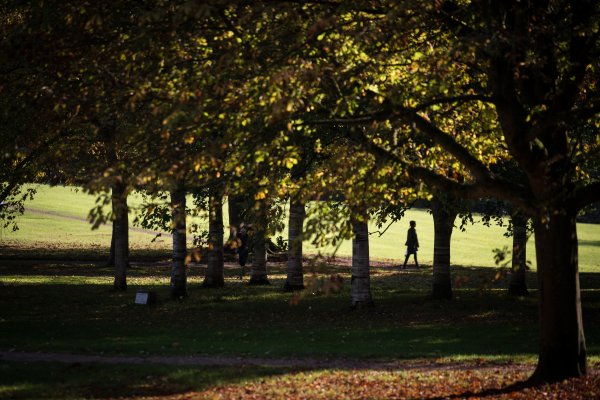 Garlic Can Cure Sick Trees
Next Up: Editor's Pick