It’s difficult not to feel sympathy for the hard-working people of Virgin Galactic—Sir Richard Branson’s private space tourism company—after the loss of their SpaceShipTwo vehicle in a crash in the Mojave Desert at a little after 10 a.m. PDT Friday. And it’s completely impossible not to hurt for the families of the two pilots involved in the accident—one of whom was killed and the other of whom suffered serious injuries, according to local police.

But it’s hard too not to be angry, even disgusted, with Branson himself. He is, as today’s tragedy shows, a man driven by too much hubris, too much hucksterism and too little knowledge of the head-crackingly complex business of engineering. For the 21st century billionaire, space travel is what buying a professional sports team was for the rich boys of an earlier era: the biggest, coolest, most impressive toy imaginable. Amazon.com zillionaire Jeff Bezos has his own spacecraft company—because what can better qualify a man to build machines able to travel to space than selling books, TVs and lawn furniture online? Paul Allen, co-founder of Microsoft, has a space operation too because, well, spacecraft have computers and that’s sort of the same thing, right?

Branson, founder of Virgin Airlines, is at least in the business of flying aircraft, but the key part of that compound word is air. Space, as Branson surely knows, has none of that—and that changes the physics considerably.

A Virgin crash always seemed troublingly likely. And since it is the company’s whole purpose to carry passengers, it seemed equally likely to hurt or kill a lot of people too. I visited Branson’s self-styled spaceport in the Mojave last year to watch a brief test flight of his spacecraft. The mission that day was intended more as an air show than anything else—part of a pep rally for the hundreds of Virgin customers who would be attending to hear about the company’s progress. All of them had reserved a seat and paid a deposit toward their $200,000 ticket for a trip that—if it ever happened—would last just 15 minutes and ascend to just 62 miles (100 kilometers), which technically counts as being in space, but only to the extent that riding a jet ski off the beach in Ft. Lauderdale counts as going to sea.

But never mind, because the crowd seemed happy to be there and to take Branson’s word that they really, truly would get their chance to be astronauts. For the record, the demonstration flight they had come to see never took off due to high desert winds.

The Virgin crash comes just three days after the Oct. 28 explosion of an Antares rocket taking off from Wallops Island, Va., on an unmanned resupply mission to the International Space Station. That first part of a very bad week for the space industry was especially cautionary, because Orbital Sciences, the Virginia-based manufacturer of the rocket, is by no means a newcomer. It’s been in the business for more than three decades and has a very good track record of getting payloads—not passengers—off the ground and into orbit. Yet even it cannot control all of the lethal variables—technical, meteorological, human—that make space travel such a dicey game.

The practice of non-professionals insinuating themselves into the space business is not new. We have a launch facility at Cape Canaveral yet built a Mission Control center halfway across the country in Houston—the least efficient, most senseless arrangement imaginable—because then-Vice President Lyndon Johnson was the White House point man for the space program and he wanted his home state of Texas to get a bite of the big moon pie. Ex-Sen. Jake Garn and current Sen. Bill Nelson both elbowed their way aboard space shuttle flights since, unlike all of the other American kids who want to play spaceman, they were powerful figures in Congress and could loosen or tighten NASA’s purse strings at will.

Once NASA announced that after the shuttle program ended in 2011 it would be outsourcing the low Earth orbit portion of its portfolio to the private sector, it was inevitable that there would be a scramble of companies vying for those contracts—and that’s by no means all bad. In some respects, space has always been privatized: North American Aviation, Grumman Aerospace, Boeing and others have all been major NASA contractors, and they are hardly government-owned operations.

All, however, are deeply experienced in the business of aeronautical and astronautical design, too. Elon Musk, founder of the upstart SpaceX is, so far, defying doubters, with a string of both commercial launches and resupply missions to the ISS and no major disasters. But SpaceX is a rare bird—and still a young one—and it has a while to go before it establishes its true space cred.

It’s Branson, however, who has always been the most troubling of the cosmic cowboys—selling not just himself on his fever dreams but his trusting customers. One of those would-be astronauts I met in the Mojave that day was a teenage girl, whose parents had put aside enough money to buy her the singular experience of a trip to space. They beamed at her courage as we spoke, and seemed thrilled about the ride she was soon to take. Those plans, presumably, are being rethought now. 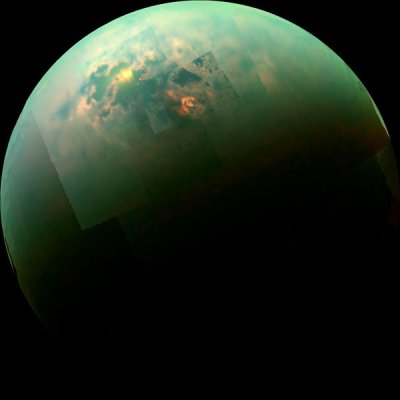 The Great Lakes—a Billion Miles From Earth
Next Up: Editor's Pick