Fun With Numbers: 666 Has Good Meanings, Too

Saint John saw the beast “rise up out of the sea, having seven heads and ten horns, and upon his horns ten crowns, and upon his heads the name of blasphemy,” which seems to fit temptingly close to the old Phoenician-Canaanite myth of a sea monster Lord of Caos (Yam/Lotan) coming up out of the deep to do battle with a hero god like Baal/Hadad. In amongst the complex imagery of John’s Book of Revelations, some commentators have argued that the seven-headed beast also represents the seven Roman emperors who had been responsible for the degradation of the Temple, the destruction of Jerusalem and the persecution of Judaism and its heretical offshoot – early Christianity. Counting back from John’s contemporary, Domitian, these seven emperors would be Titus, Vespasian, Nero, Claudius, Caligula,Tiberius and Augustus.

But it is the 666 number that most resonates, the numerical value Saint John ascribes as the mark of the beast: “Here is wisdom. Let him that hath understanding count the number of the beast: for it is the number of a man; and his number is six hundred threescore-and-six.” This hint at numerological coding allows (with different values given to each letters) that 666 would seem to identify ‘Nero Caesar’ when written in Hebrew (it was Nero who organized the first popular pogrom against the Christians after the great fire of Rome). 666 is also the number created when you list – or add – the first six symbols of the Roman numeral notation together, as in D (500), C (100), L (50), X (10),V (5) and I (1).

[But] in Chinese, 666 is a tonal equivalent for ‘things go smoothly’ and a favored number. It also has an alliance with the roulette table, as the sum of all the numbers on the wheel. 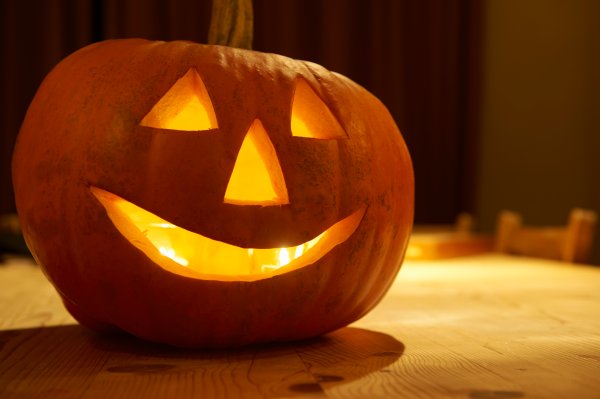 14 Fascinating Facts About Halloween
Next Up: Editor's Pick