A man pays tribute to the victims of an elementary school shooting in Newtown, Connecticut, on December 15, 2012.
EMMANUEL DUNAND—AFP/Getty Images
Ideas
By Quinn Cummings
Quinn Cummings is a writer of three books, Notes From the Underwire, The Year of Learning Dangerously and Pet Sounds. Her articles have been published in, among others, The Atlantic, The Wall Street Journal, TIME, The Huffington Post and Good Housekeeping. She is a passionate animal lover, an indifferent housekeeper and would eat her own hand if you put salsa on it.

Adam Lanza was a deeply troubled boy long before he set foot in Sandy Hook Elementary school. His father knew it. His psychiatrist knew it. His classmates knew it. What his mother knew or suspected, she has taken to her grave – one of the six adults and 20 children he shot to death that morning. So it’s reasonable that one focus of the Sandy Hook Advisory Commission is trying to prevent another troubled child from repeating this carnage.

But reports have surfaced that under a proposal being considered by the governor’s Commission, “Parents who home-school children with significant emotional, social or behavioral problems would have to file progress reports prepared by special education program teams.”

The impulse behind such a sanction is understandable. If someone had killed 20 children in my community, I’d be trying to put every safeguard in place. But it’s bad policy. For one, who defines “significant emotional, social or behavioral problems”? The parent? The child? An expert appointed to assess every homeschooler in the district?

My partner and I have been homeschooling our daughter since she finished fourth grade and we know dozens of families who homeschool as well. When I was researching the homeschool option, I became aware of the depth and breadth of homeschooling across America. Many of these children have never seen the inside of a formal classroom; some live as far off the grid as one can get in the 21st century, so besides the state’s mandatory annual testing (assuming the homeschooler resides in such a state), there may be no record of them in the education system. What is the school system going to do? Send a psychiatrist to each house to assess each child? I don’t know about your neighborhood, but the Los Angeles Unified School District is spending every dollar they have trying to educate the children within their walls. They have 640,000 students and 305 mental-health professionals dedicated to those students. If California were considering a similar proposal, would those numbers be increased to attend to homeschoolers, or would the enrolled students have to wait even longer for help?

There are quite a few families who homeschool because they believe, correctly or not, that the school system doesn’t understand or help their exceptional child. Homeschoolers aren’t overly concerned with maintaining the status quo, or they probably wouldn’t be homeschooling. If a stranger, even a well-meaning one, walked into the community and started handing out diagnoses and sanctions, they would get get hellish pushback. I’m not saying these families would be right. Many homeschooled children have been hurt by parental blind spots and many of these children could benefit from professional attention and therapy. But, as with bricks-and-mortar schools, there are always students who are quirky, or emotionally immature or just weird little kids. Most of them outgrow their weirdness and emerge quite nicely into adulthood; some will develop a passionate outlet or join up with other kids who are just as offbeat, and a few of these will change the world in meaningful ways. This group includes some of our greatest thinkers, artists and captains of industry, so we need to be alert to any potential for abuse by “special education program teams.”

But perhaps the most troubling element of the commission’s proposal is the adjective “significant.” Exhibiting a behavioral problem isn’t like exhibiting a sixth toe, which anyone would easily recognize, or a heart murmur that an EKG could spot in an instant. Mental-health diagnostics are as much art as science, and unless the community is prepared to not only diagnose but also help treat what they find, then the only yield of all this effort would be a paper trail of “progress reports” and very little else.

It’s important to note that Adam Lanza was only homeschooled during his last two years of high school. He hadn’t slipped through the cracks. He wasn’t one of those kids who never show up on the mental health radar. The school knew about him, his classmates knew about him and the people close to him cared and worried about him. Nevertheless, Lanza showed up that morning with a Bushmaster XM15 semi-automatic and started firing.

Since Sandy Hook, there have been 87 school shootings; at least 34 people have been killed. All of these shootings were by non-homeschoolers who had access to guns. Perhaps the unspoken tragedy of the Sandy Hook massacre, and its most bitter irony, is that a mentally ill homeschooler had easy access to a machine gun that he used to murder 26 people in less than five minutes, and the part they want to regulate is the homeschooling. 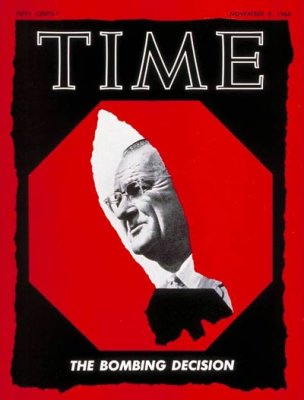 How the Legend of the 'October Surprise' Came to Haunt D.C.
Next Up: Editor's Pick