Microsoft Band vs. Apple Watch vs. Jawbone Up vs. Fitbit Surge

Microsoft on Thursday announced its entry into the already-crowded fitness tracker space with Microsoft Band, a full-color touchscreen bracelet driven by cloud-powered data smarts. Looking to beat the Apple Watch to market, Microsoft’s wristband is already available in the U.S., but that still puts it months, if not years, behind other fitness devices.

With so many options on the market, it’s difficult to tell which wearable has the upper hand — or upper wrist. Here’s how the four biggest names in fitness tracking stack up:

Capabilities: With an entire app ecosystem in the works, the Apple Watch would be the clear favorite here, potentially providing everything from Snapchat-like disappearing scribble messages to telegraphed heartbeats right out of the box. But there’s one major caveat: the digital timepiece won’t be available until early 2015. Jawbone Up, meanwhile, has been around since late 2011, is used by hordes to track sleep, movement, and even limited notifications, but is hindered by the fact that it has no digital display. And even though Fitbit Surge can control music, display notifications, and take a pulse, it’s also not yet on the market (though rumor has it that could change any day).

The Jawbone Up and the Fitbit Surge
Jawbone; Fitbit

That leaves the Microsoft Band, which, like the Surge, has GPS and heart rate monitoring, all sorts of notification tools and other features. It also has a cloud-based data engine, the king of intelligence that has made Jawbone Up so beloved by its wearers. But doesn’t have any user data, yet, so there’s only so much that engine can tell users thus far. Still, with a mobile payment feature (at Starbucks, at least), a UV sensor, and voice controls if you’re using it with a Windows 8.1 phone, Microsoft Band sets itself apart from the pack.

Winner: Microsoft Band (until Apple is actually in the game)

Price: Microsoft seems to be using its vast riches to sell its band at a cut-rate price, because $199 is a heck of a deal for all the features the Band packs. In comparison, the Fitbit Surge is priced at $250, making it the company’s most expensive fitness tracker to date. The Jawbone Up, meanwhile, costs just $130, and the Apple Watch starts at $350 — but that’s the price for the Sport model, which lacks the sapphire crystal face and packs a rubber watch band. Apple hasn’t announced how much its mid- or high-end smartwatch will cost, yet.

Looks: Of course, this is completely subjective, but with 18-karat gold cases at the high-end and the same eye-popping graphic interface on the low-end, no other wrist-worn fitness tracker comes close to Apple Watch. For people who want a more subtle bobble, the Jawbone Up completely and totally lacks flash, which makes it go with just about any outfit. But come on, Apple’s effort even reinvented the watch band, for goodness sake. It’ll be as close to electronic jewelry as we’ll have to date.

Compatibility: For all Apple’s category-conquering successes over the past ten years, they will come up as a big loser when it comes to wearables, but that’s partially by design. Apple’s wristwatch is only designed to work with its iOS ecosystem, nothing else, which means only iPhone owners would buy it, and even then, most of them won’t. Meanwhile, Jawbone isn’t in the phone business, so they’ve made the Up compatible with Android and iOS so they can rope in as many smartphone users as possible. The Fitbit Surge boasts compatibility with more than 120 phones across Android, iOS, and Windows Phone. And in a new strategy for Microsoft, it’s making its wearable compatible with Android and iOS, in addition to Windows Phone, of course. Determined to ensure Microsoft Band doesn’t meet the same fate of its doomed Zune media player, Microsoft hopes to woo users on competing platforms while rewarding Windows Phone users with additional features like Cortana, its voice-activated assistant.

Durability: Despite the fact that these wearables are aimed at active users, none of them are water- or dust-proof. They are all water-resistant, but that’s the difference between wearing them in the rain or dropping them in a puddle. Other wristbands that boast better durability than these four are on the market, so if that’s a concern, steer clear of all of these. But of the devices covered here, at least (some models of) the Apple Watch have sapphire crystal watch faces. This material is supposed to be hard and scratch proof, though that’s yet to be seen as it hasn’t gone through real-world testing by a wide range of users.

Battery Life: The harder they run, the faster they burn — that’s not an official law of computing, but it should be. The Jawbone Up, which charges via USB and a little headphone jack on the bracelet, last up to 14 days. The Fitbit Surge holds a charge for up to five days after charging by its USB cable. The Microsoft Band boasts up to 48 hours of battery life with normal use, but activating its GPS functionality will suck down its juice much faster. And Apple’s only comment on the Apple Watch’s battery life, so far, has been “charge nightly.” So take those times under advisement, because there’s nothing more useless than a dead wearable.

Smarts: From heart rates to calories burned, these wearables all collect scads of data, but it’s how they use the information that makes them valuable to users. For the Apple Watch, which again is not yet available, its forthcoming app ecosystem will likely make the device the smartest of them all. Until then, the Fitbit Surge, also not yet available, seemingly has that app ecosystem in place by connecting to many popular apps — possibly even ones already on your smartphone. The Microsoft Band hooks onto Microsoft Health, the company’s continuously-improving intelligence engine that also harvests info from other apps. Meanwhile, the Jawbone Up — which already has one of the smartest apps already on the market — is teeming with user data, telling its users what kinds of food to eat based on their energy level or last night’s sleep. In a way, the giants like Apple and Microsoft are relying on the smarts of Jawbone (and other companies like it) to drive their own devices. Jawbone is playing along for now, but don’t expect to get the full experience while wearing anything other than an Up.

As you can see, the fitness tracking race is moving so fast that this primer only scratches the surface. There’s no doubt that things will have change again, soon. But one thing will remain the same: The best fitness band is the one you’ll actually wear and use. Just ask any friend who’s already bought one, where is their band right now? Sadly, chances are it’s in a drawer somewhere tracking nothing at all. 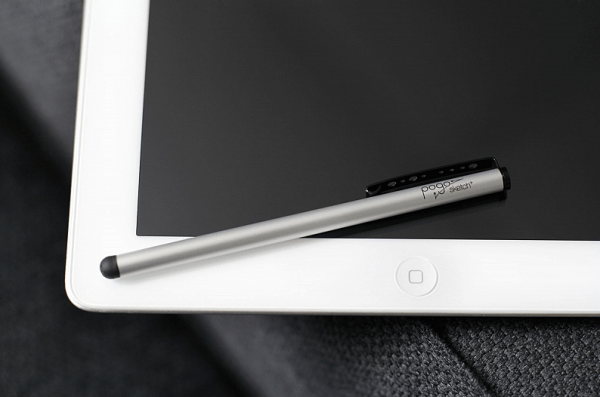 This Is the Best iPad Stylus You Can Buy
Next Up: Editor's Pick