The unmanned rocket that exploded seconds after liftoff Tuesday on its way to the International Space Station did so because the operator hit self-destruct once problems with the launch became apparent, the company that owns it said.

The Antares rocket, operated by Orbital Sciences Corp., crashed in a large fire Tuesday night, scattering debris over a wide area. It was carrying more than 5,000 pounds of scientific instruments, food and other supplies for the astronauts aboard the space station when down with the rocket. NASA says the space station is equipped with plenty of food to last while additional resupply missions are organized.

Orbital spokesperson Barron Beneski told CNN the crash was initiated by the flight termination system. Such an order is typically given after it’s clear the rocket will not meet its intended trajectory in order to ensure that it goes down over a relatively small and unpopulated area. No injuries were reported in the crash.

The problem occurred in the first stage of launch, Orbital said late Thursday, in a possible sign that its vintage, Russian-designed engines could have been the cause. 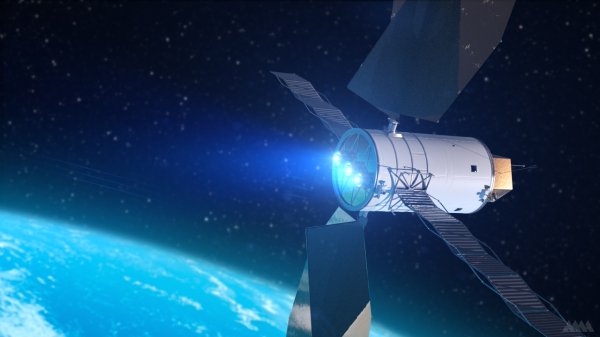 Asteroid in a Bag? Bag it, Says MIT Space Scientist
Next Up: Editor's Pick