Gun control is a charged topic in any election, but the issue has taken on extra weight in Washington as voters are being asked to decide on two competing firearms measures on the Nov. 4 ballot just 11 days after a school shooting in the rural city of Marysville left three teenagers dead and three others wounded.

Initiative 594 would expand the state’s background check requirements to cover gun transfers or sales, including those that take place at gun shows or online. The other, Initiative 591, is backed by gun rights advocates and would prohibit the state from requiring background checks that are stricter than those imposed by the federal government. Far more money is behind the measure expanding background checks, and polls show it has more support. Aided by six-figure donations from Bill and Melinda Gates and Microsoft co-founder Paul Allen, the committees dedicated to passing the expanded background checks initiative have spent more than $10 million promoting it, dwarfing the nearly $2 million spent by groups opposing the measure or pushing the competing one.

A poll conducted by the nonpartisan Elway Research group in early October found that 60 percent of registered voters backed I-594, down from 72 percent in April, while support for the competing measure fell during the same period from 55 percent in April to 39 percent in October. Elway pollsters attributed the declines to voters learning more about the proposals, pointing out that in April 40 percent said they would vote for both measures, which fell to 22 percent in October. (In the unlikely event that both measures pass, effectively canceling each other out, courts would likely decide the final outcome.)

No polls measuring public opinion on the initiatives have been released since the Oct. 24 shooting, but University of Washington political scientist Matt Barreto told the Seattle Post-Intelligencer that the Marysville incident might erode support for the measure that would limit background checks..“The spate of unconscionable school shootings across the country, and now here in Marysville, has left voters ready to take responsible action on gun issues,” Barreto said. “We saw the same thing in 2012-2013 following the Newtown killings.”

Recent high-profile shooting incidents have not always led to tighter gun laws. If anything, getting permission to carry guns in more public spaces is easier than it has been in decades. President Obama’s attempt to harness outrage over the 2012 Newtown, Conn. school massacre into a federal ban on assault weapons went nowhere. States adopted 109 new gun measures in the year after Newtown, according to Law Center to Prevent Gun Violence, a gun control organization. Seventy of these laws loosened restrictions on guns and gun ownership, in some cases extending the right to carry to school grounds. Such measures were adopted on the belief that more guns in public might prevent future school shootings.

In Washington, supporters of the background check measure acknowledge that the Marysville shooting would likely have happened even if the proposal had been law. Police said the shooter, a 14-year-old high school freshman, used a gun that was legally registered to a family member. But advocates believe that it can help their cause. School shootings, says Zach Silk, the campaign manager for the Washington Alliance for Gun Responsibility, “are very crystalizing for voters. They focus peoples’ minds.”

If so, it’s not clear how many voters will actually be swayed. Residents cast ballots by mail in Washington and many already sent theirs in before the Marysville shooting. “I’m not sure just how much that will have an influence,” says Dave Workman, a spokesman for a citizen’s committee working for the anti-background check measure. “I think we’re just going to see how it shakes out Tuesday night when the ballots come in.” 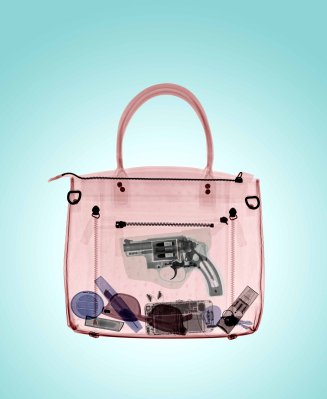 The Rise of Concealed Weapons in America
Next Up: Editor's Pick